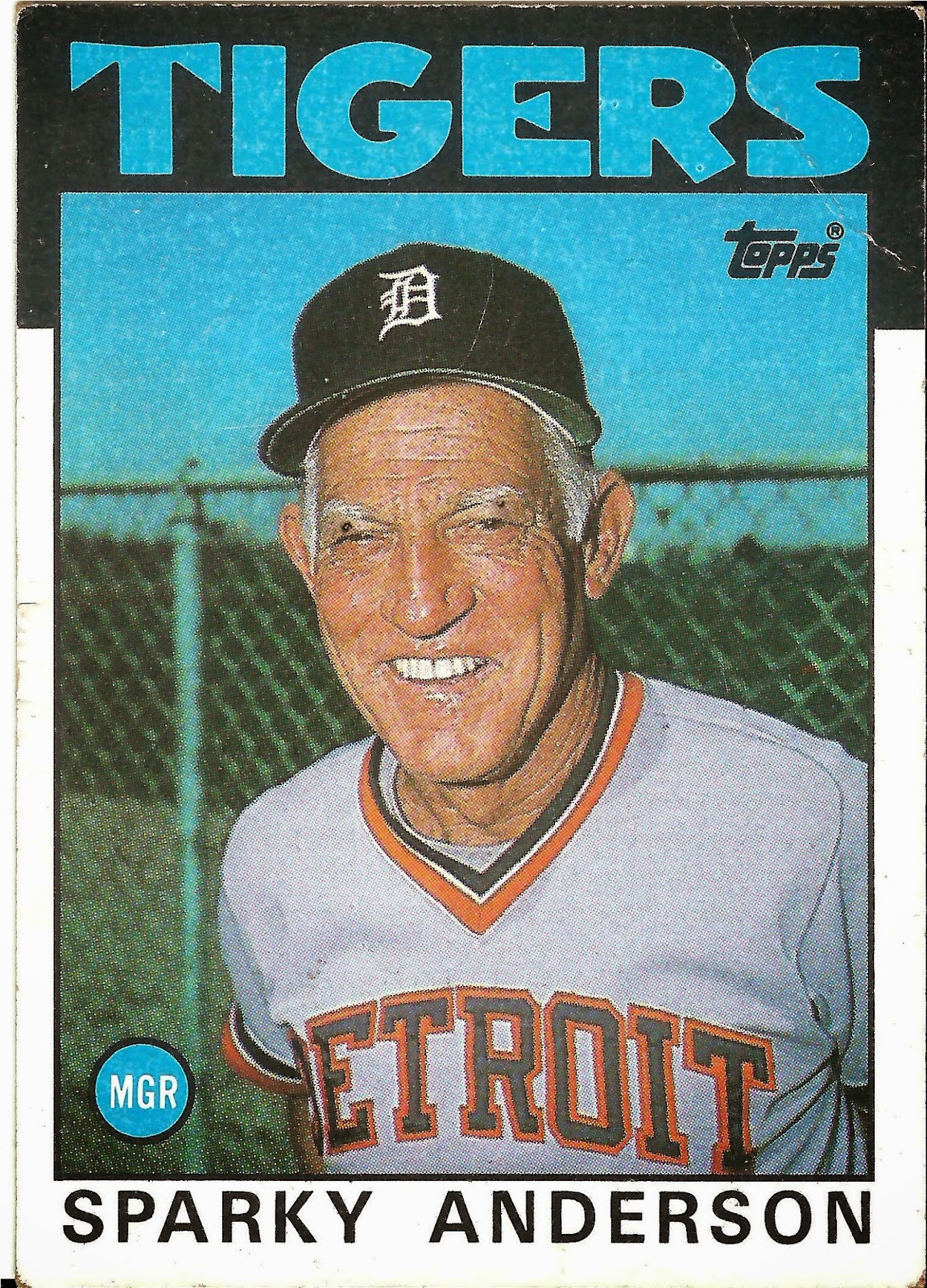 Card thoughts: Sparky Anderson seems about a million years old in this picture (he is only 51!). A lifetime of sun and no sunblock will do that to you.

The player/manager: Like most managers, Anderson was no great shakes as a player. Strangely enough, he played just one season in the majors, but that was as the Phillies staring second baseman. In 152 Games in 1959, he hit .218, and then he never played another major league game.

But as a manager, Anderson was much more successful, although he tended to be a tad too boastful. He was hired at age 36 to be the Reds manager, and guided that team to two World Series wins and four pennants. One of his first acts as the Reds manager was install #1 Pete Rose as the team captain. He also made sure the team was disciplined, on and off the field. I n a time when spring training was still seen as a way too slowly gear up for the season after an off-season of lying about, Anderson insisted on organizing drills and having curfew times. Players were also required to be clean cut, and wear suits while travelling. In exchange, Anderson preferred to run the club as a type of extended Socratic dialogue, as players were encouraged to question his methods and actions.

One innovation Anderson introduced was pulling starters early. I’ll bet you’d be hard pressed to name a dominant pitcher on any of those Big Red Machine teams, but their relief corps was always top notch. Anderson was nicknamed “Captain Hook” for this tendency, which was notable in an age when starters were expected to finish games.

Eventually, in the late 70s the Reds hit a rough patch as their team aged. Anderson was fired after the 1978 season, and was about to sign a long contract with the Cubs (!) (oh what might have been!), when the Tigers hired him. The Tigers had a great core of young players, and Anderson disciplined them to become winners. He predicted they’d win a World Series in five years, which basically came true (they on after being in first wire-to-wire in 1984).

After being successful for years on teams that were “expected” to win, Anderson won with an overachieving Tigers team in 1987, winning the Manager of the Year award in the process. But his work ethic was taking a toll on him, and he was sent home for exhaustion for a few days in 1989. He ended up managing until 1995, but the Tigers teams he managed were uniformly terrible. He was elected into the Hal of Fame in 2000, having won the fifth most games all-time (2194 wins), having only lost 1834 (a .545 winning percentage). 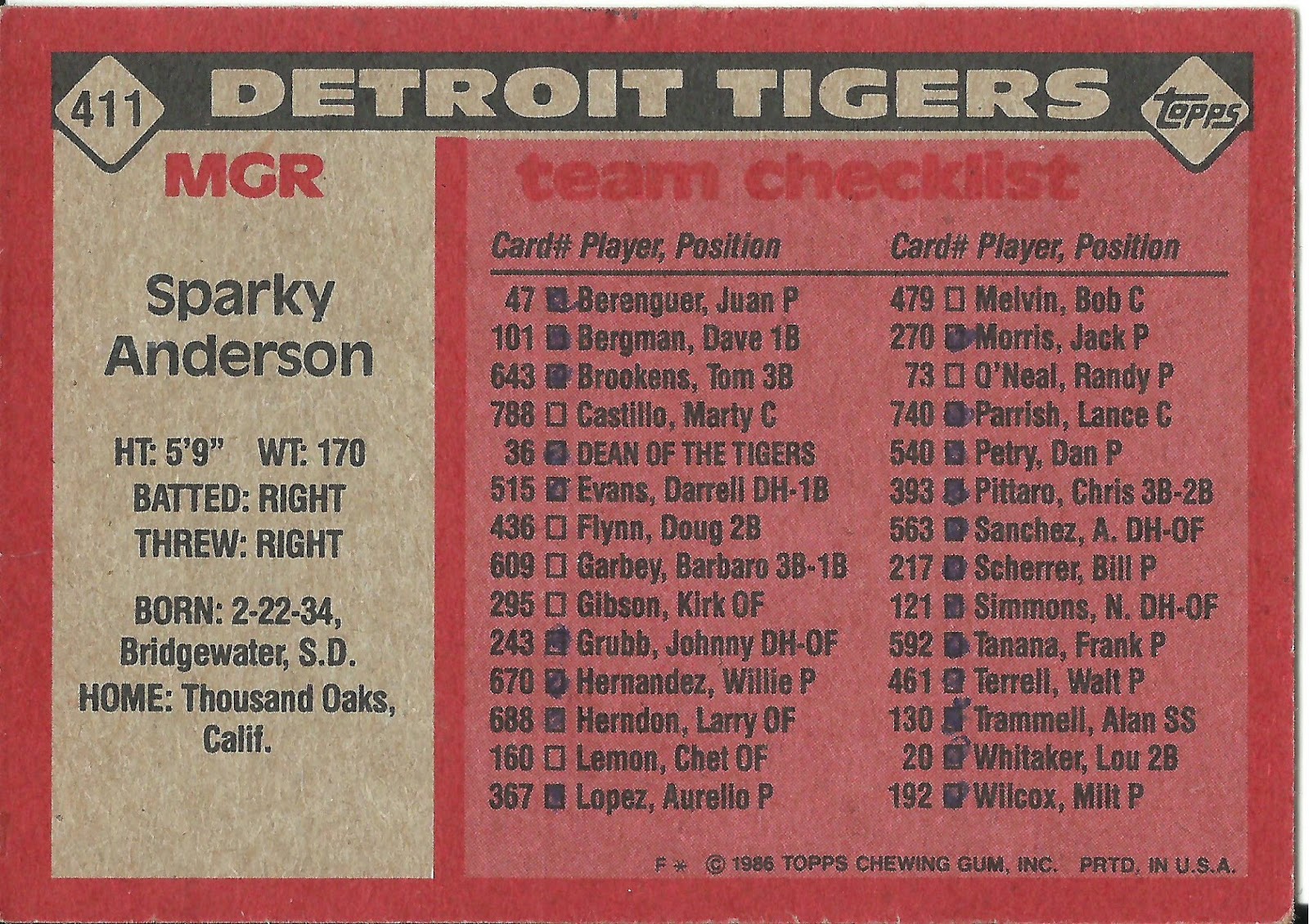 Rear guard: No glaring omissions. No doubt Topps wanted to make sure they completely covered the reigning world champs.

I don't understand why Sparky looked so old. I get the no sunblock but you would think wearing a cap would provide some protection.

The Tigers weren't the reigning World Champs, the Royals were. Detroit won in 1984.