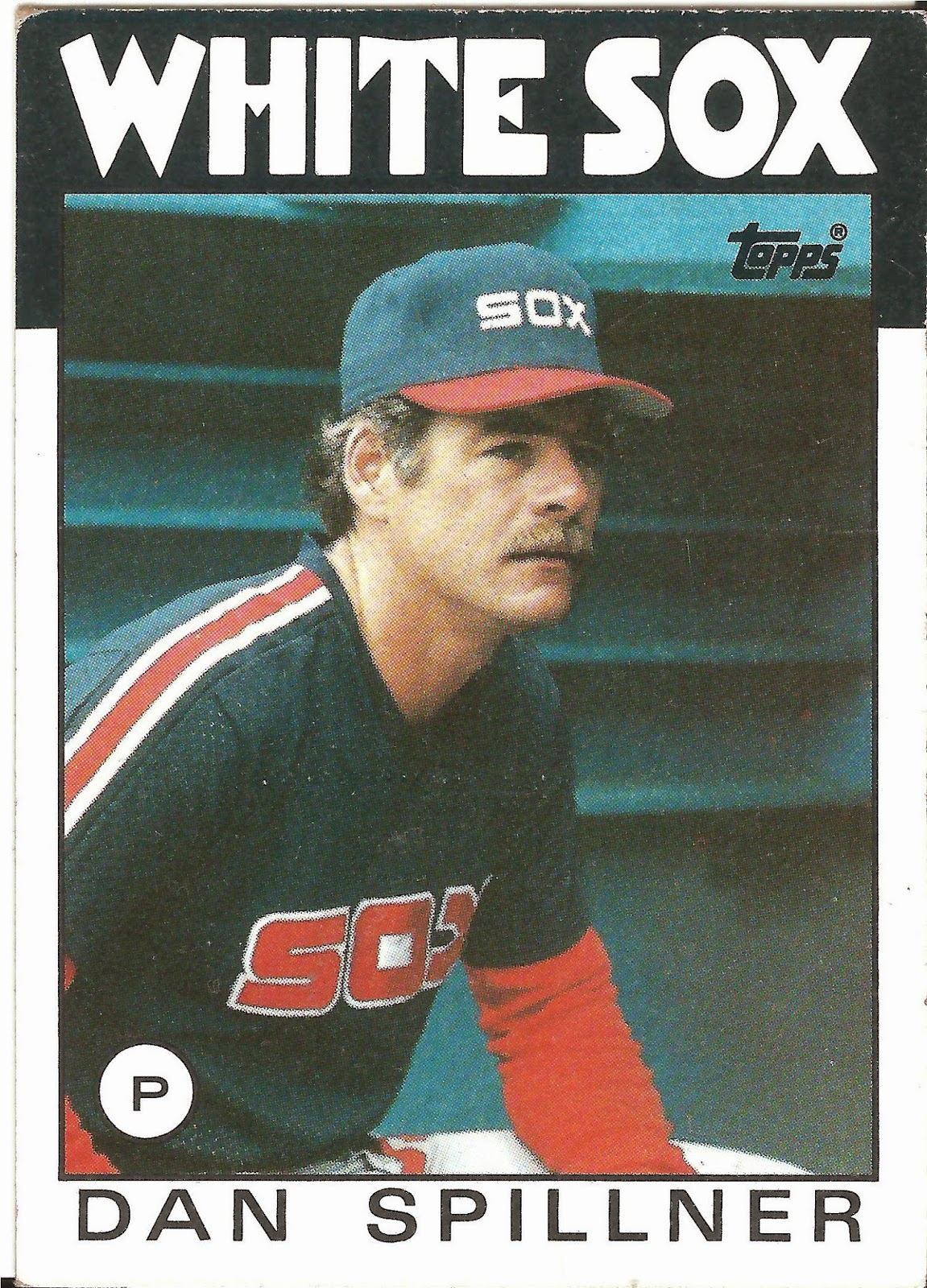 Card thoughts: It was a cold day at Tiger Stadium when this photo was taken. And Spillner is in the twilight of his career, as his gray hair attests.

The player: Spillner was a hard thrower who initially must relied on his fastball to get people out. This wasn't conducive to starting, and in each of his first three seasons starting for the Padres, he last more than 10 games. Spillner did, however, toss a one-hitter in 1974, his rookie year.

Figuring a flamethrower was better suited in the bullpen, Spillner was moved there in 1977. The 76 games he threw were second in the league, and he saved 6 games.

A mid-season trade to the Indians in 1978 (for Dennis Kinney) would lead to his greatest successes. He was put back into the rotation for good in early August the following season, and he won 4 out of 7 starts. The next year, he had a career year, going 16-11 while starting 30 games. But he came down with a bad back the next year, and he was put back into the bullpen, where he would stay the rest of his career.

After recording 21 saves (with 12 wins) in 1982, the Indians thought they had stumbled upon a reliable bullpen arm. But a 5.07 ERA the next year disabused them of that notion, and he was shipped off to the White Sox midway through the 1984 season.

Despite a good year represented by this card (4-3, 1 save, 3.44 ERA), when Spillner became a free agent after the season, the owners were colluding against signing players, and he couldn't find a job. Forced into retirement, he later won $486,000 in a judgment against the owners.

Spillner now works in construction in the area. Maybe he’ll build your house if you live out there. 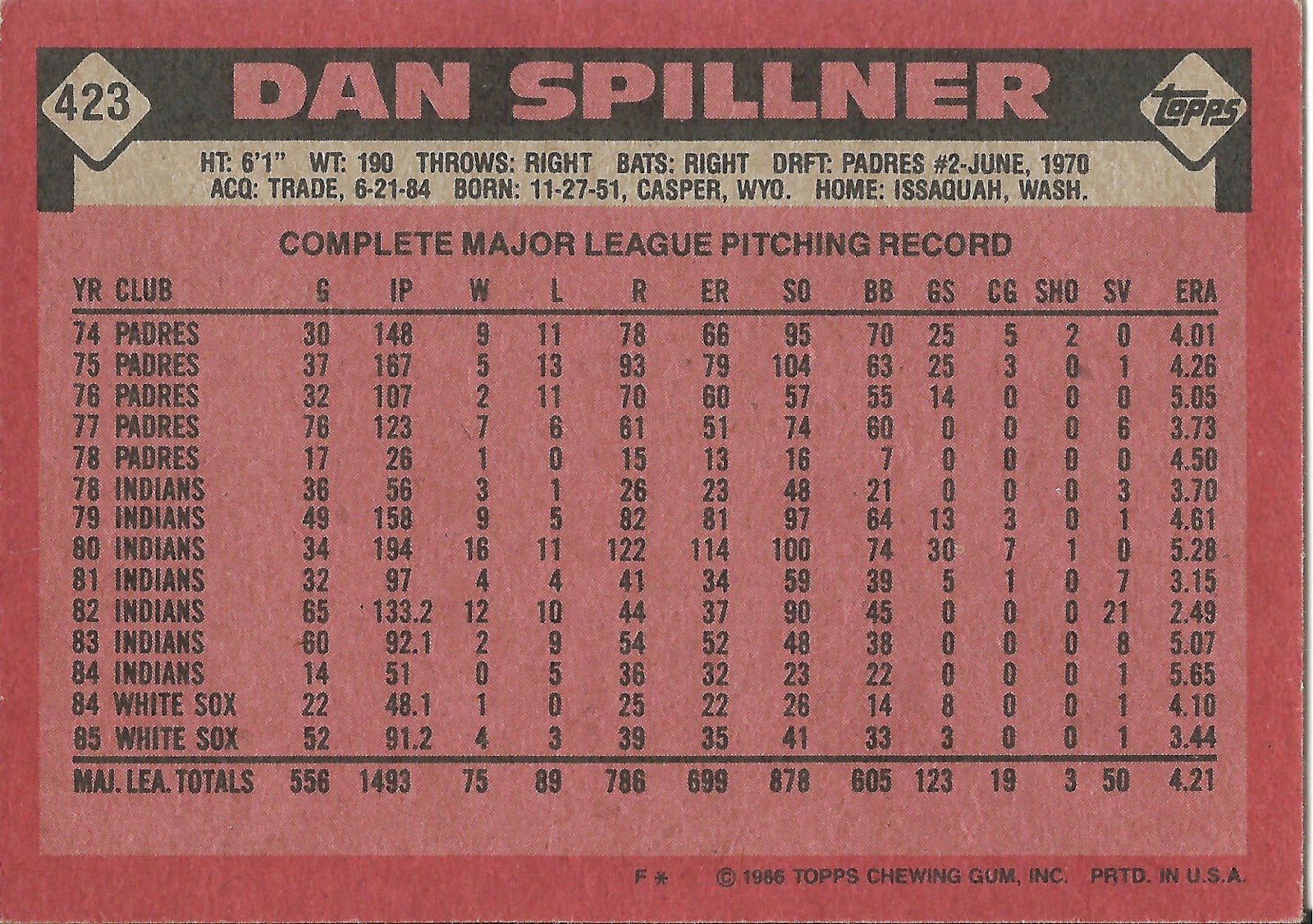 Rear guard: Those are Spillner's career numbers.
Posted by Jets Break Jaws at 10:15 AM

Hah! Just used him in my 1984 Statis Pro season. He got tagged for three runs in less than two innings...