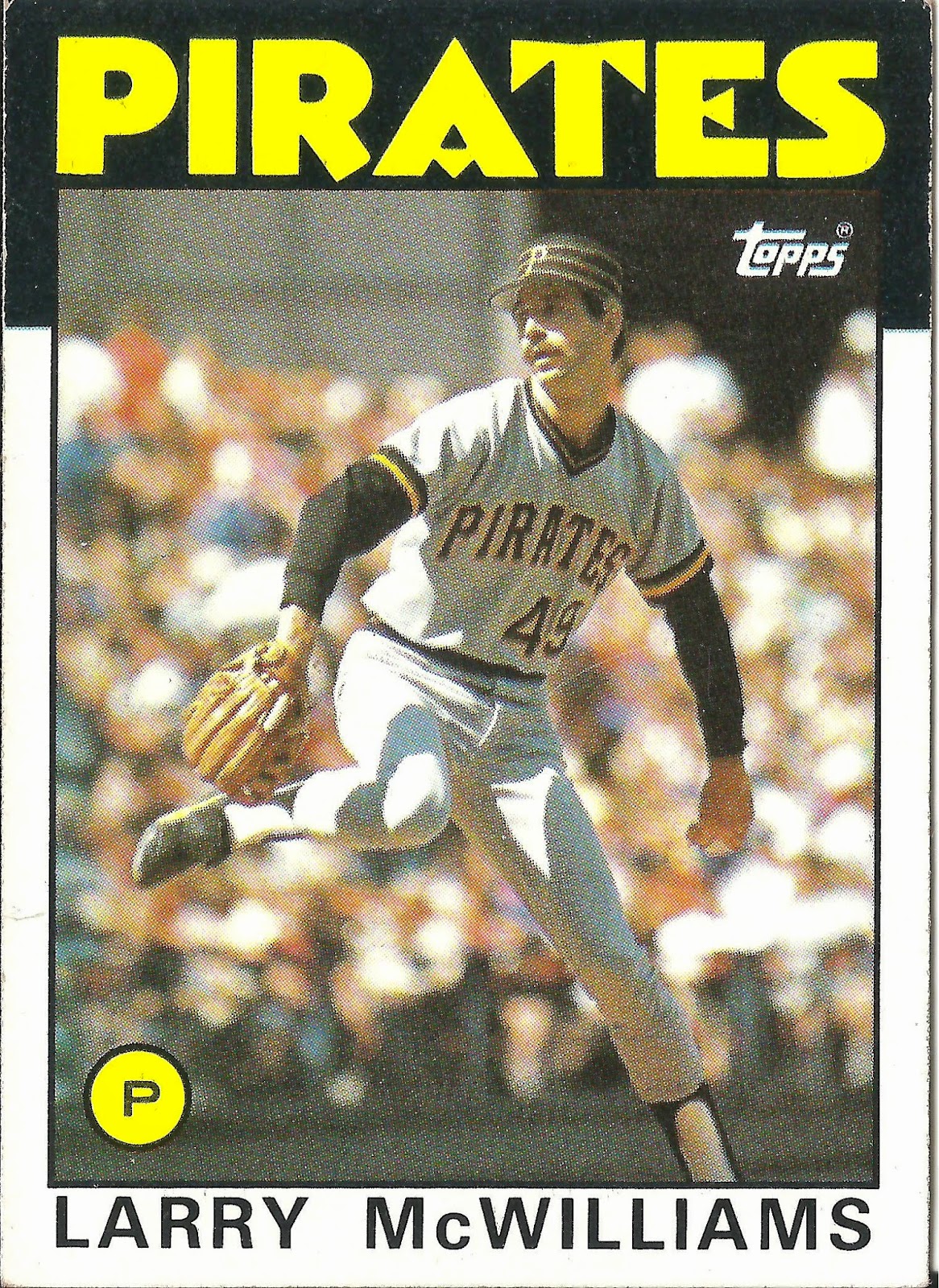 Card thoughts: Topps did a good job capturing what made McWilliams effective: A deceptive delivery.

The player: McWilliams was the Braves’ #1 draft pick in 1974 (in January—there used to be two drafts a year). Most of the guys in that draft didn't make it to the majors, and Roy Smalley was the only player better than McWilliams that was chosen.

A starter for the first part of his career, McWilliams 9-3 record as a rookie (with a 2.82 ERA) showed promise. In addition, he was one of the pitchers that stopped Pete Rose's 44 game hitting streak that year. But he would struggle as a starter as he made just 13 starts in 1979 while getting injured, and when healthy in 1980, went 9-14. Seemingly in desperation, he went to a quick no wind-up, pitching motion that served to make hitters uncomfortable at the plate. This made McWilliams’ forkball even more devastating, although it wasn't until a trade to the Pirates that it began to show.

After year in 1981 that he spent almost entirely at AAA (he made just 5 starts), McWilliams began the year with the Braves, but as a reliever, rather than a starter. His 6.21 ERA was the highest in his career, so the Braves gave up on him, shipping him to the Pirates for Pascual Perez.

With the Pirates, McWilliams had a great season as a starter, going 6-5 with a 3.11 ERA. The next year, his 15 wins were sixth in the league, and that year he was in the top ten in many other pitching categories as well. McWilliams last year as a full time starter was 1984, where his numbers slipped to 12-11, more because of the poor play of the Pirates.

By the time this picture was taken, McWilliams was a swingman, starting only 2/3 of the games he pitched. He was less effective in this role, and his 3-11 record in 1986 (1-8 as a starter), told that tale. In 1987 he pitched so badly, he was a briefly out of baseball. But the Cardinals took a chance on him the following year, and he was a durable, if not spectacular, spot starter and long reliever for them. Another year followed with another abysmal winning percentage, this time for the Phillies (.154). McWilliams would end his career with the Royals in 1990 on May 12. He threw just one pitch in that game, and it was stroked for a RBI double by Lance Johnson. 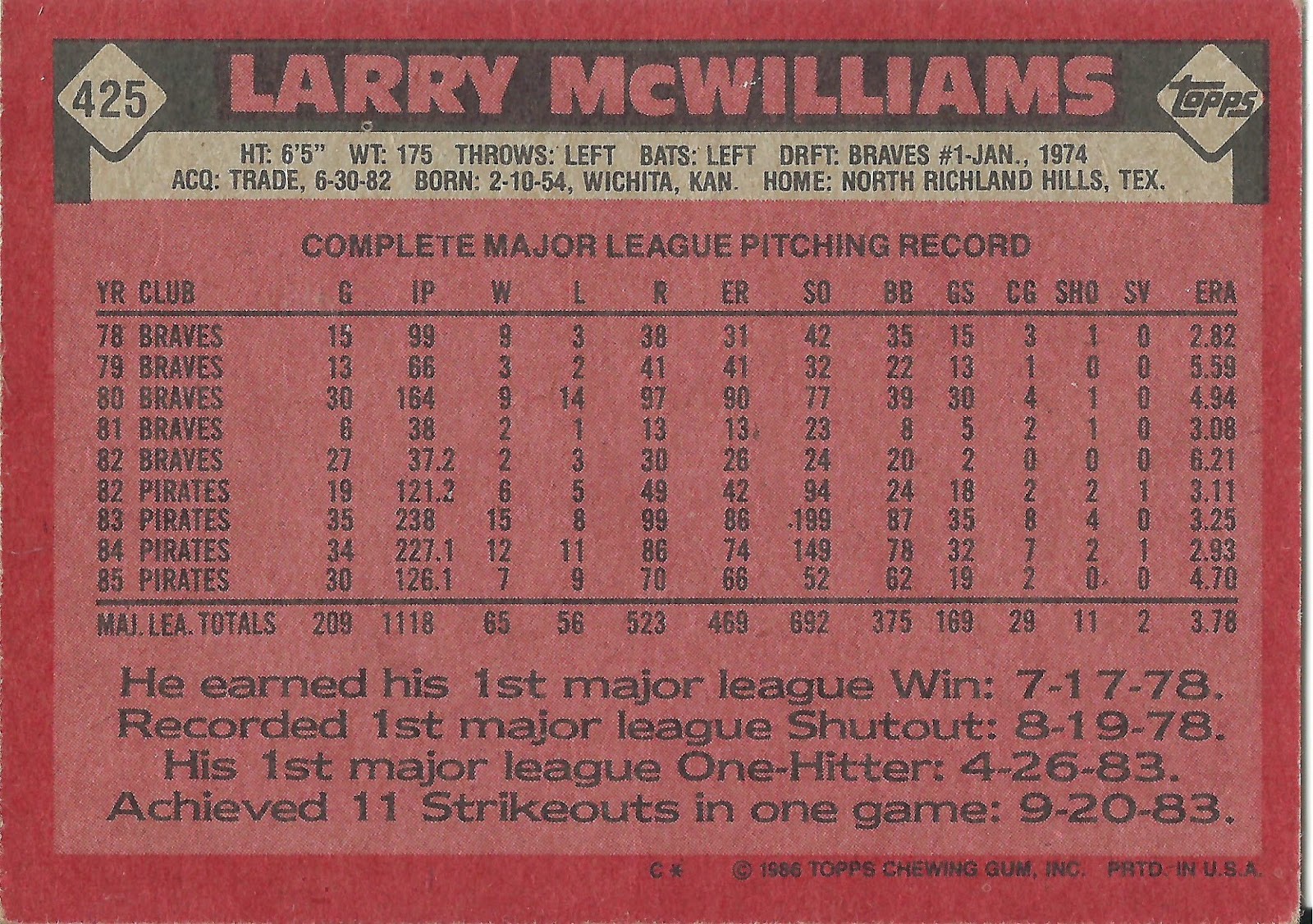 Rear guard: McWilliams' first win came against the Mets in his major league debut. He gave up no runs, and five hits in 7 innings, walking 2 and striking out 2.