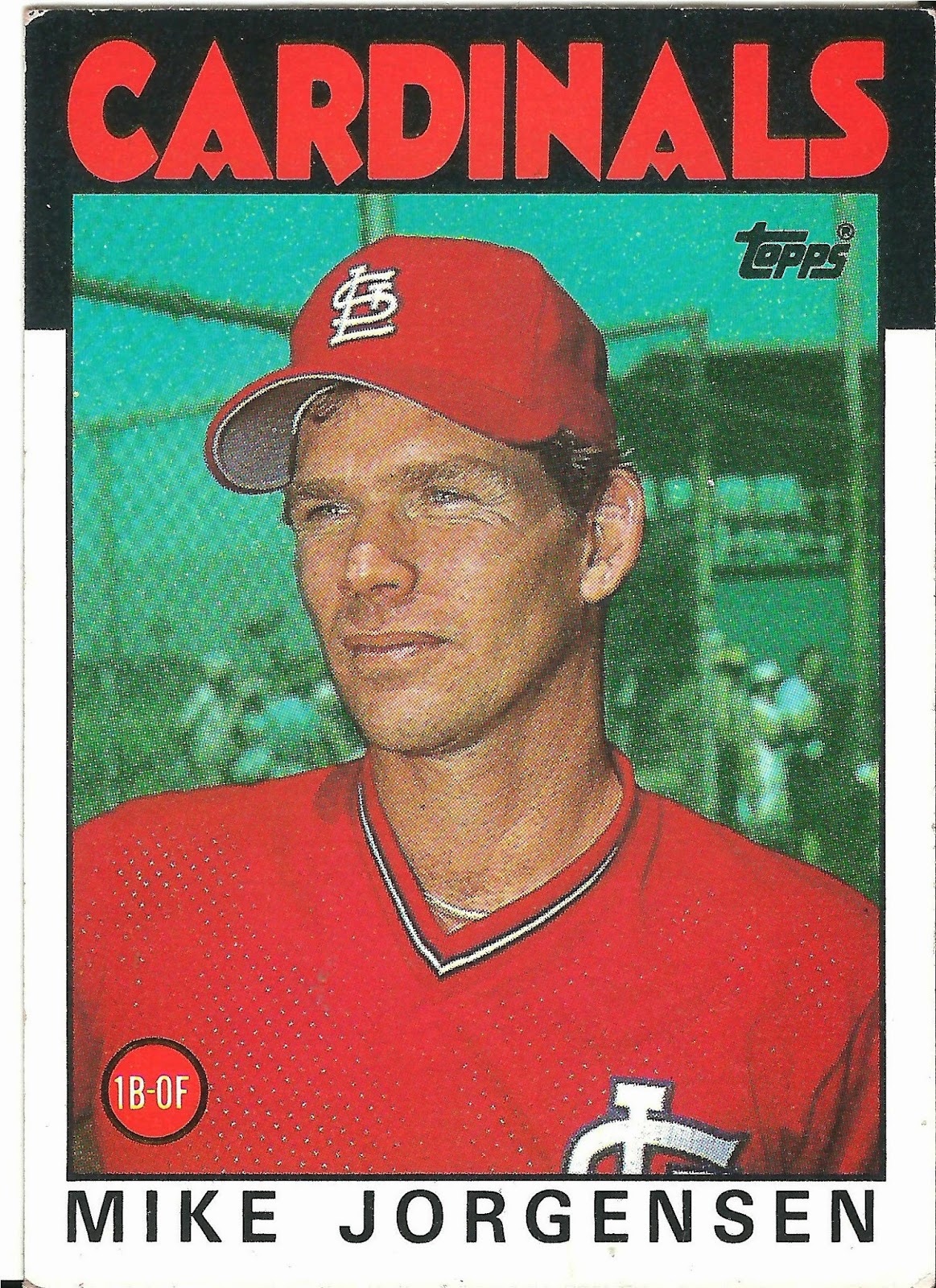 Card thoughts: Jorgensen is an example of a player that was around a lot in baseball in my youth, but has virtually disappeared: The late-inning defensive replacement. He was an even rarer breed: The late inning, defensive first baseman replacement. In this case, he backed up Jack Clark, never a great fielder. Here, he sits in an aquarium for the Topps photographer, looking rough and old (he was 35).

The player: Jorgensen came up with the Mets during their glory years in the late 60s/early 70s. He began his career much the way he ended it: Backing up a poor fielding, good hitting first baseman, in this case Donn Clendenon. After an initial two seasons where he rarely started a game, Jorgensen was traded to the Expos and became their starting first baseman. Although he was a great fielder, and even won a gold glove in 1973, he didn’t hit for enough power to be a first baseman (although, he had a fine batting eye, good enough to earn him an OPS above .900 in 1974).

The Expos were willing to trade hitting for fielding, so when they acquired Tony Perez, Jorgensen played sparingly, and he was soon traded to the A’s. This effectively ended his career as a starter. After this, it was a rare year that he averaged more than 1 ½ at bats per game.

What really affected Jorgensen’s ability as a hitter, however, was a terrible beaning he got when he was a Ranger. Andy Hassler beaned him early in the 1979 season. After attempting to come back, it was found that he had a blood clot in his head that could have killed him.

Jorgensen was sent back to the Mets in 1980 for Willie Montanez (who had been sent to the Rangers in a mid-season deal). He was more of a super utility guy for the Mets, playing first and all three outfield positions. Eventually, the Mets acquired Keith Hernandez, who was a great hitter and fielder, leaving Jorgensen’s role superfluous. After playing about 80 games with the Braves over parts of two seasons, backing up Chris Chambliss, Jorgensen landed in his final spot, St. Louis. In the post season, he pinch hit three times and played left field once, without doing anything of note.

I did not remember this, but Jorgensen managed the Cardinals for part of the 1995 season, replacing Joe Torre. He now works as a scout for the organization. 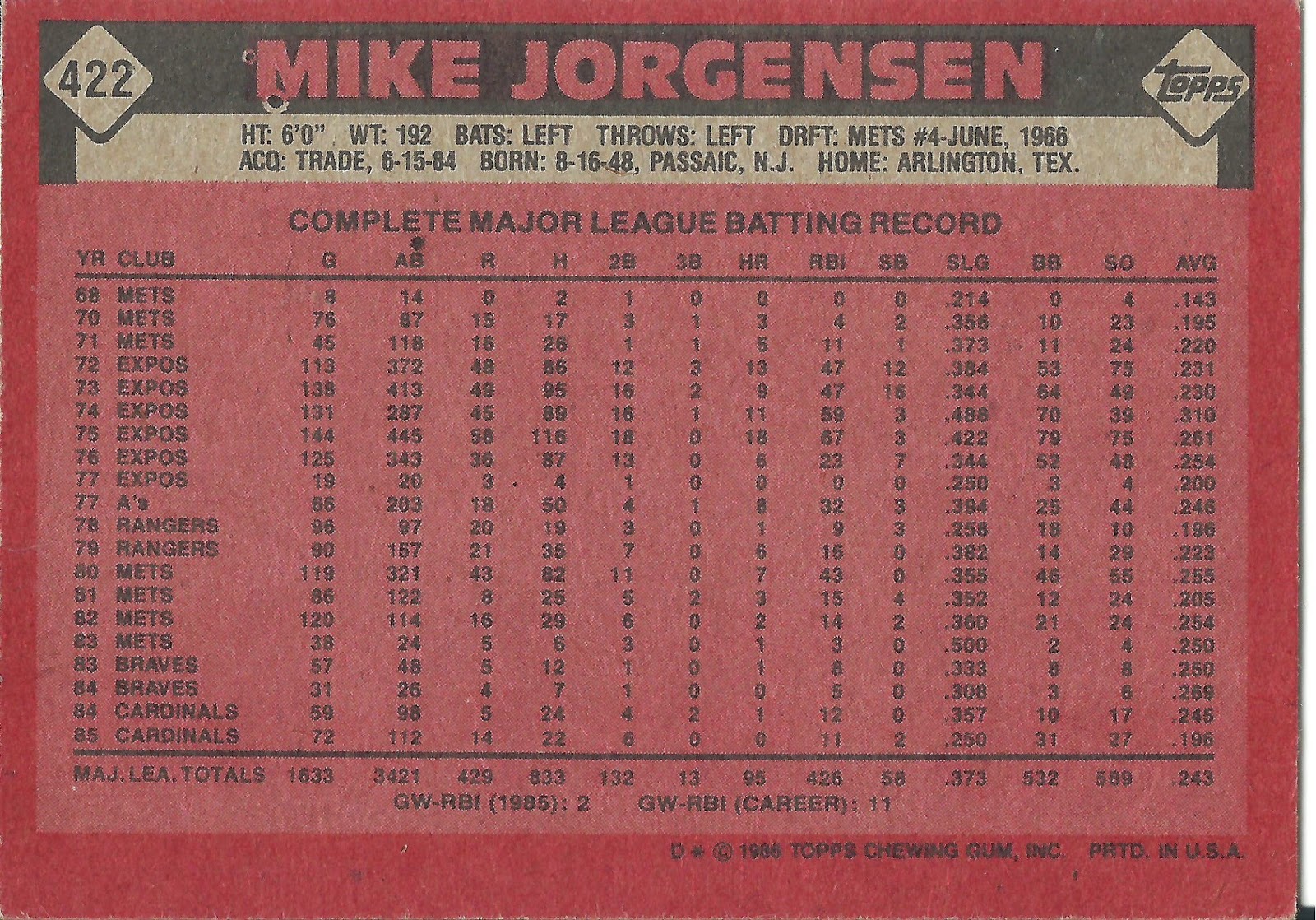 Rear guard: "Squint tighter. And they're (the stats) gone." -- Aaron Stauffer
Posted by Jets Break Jaws at 11:16 AM