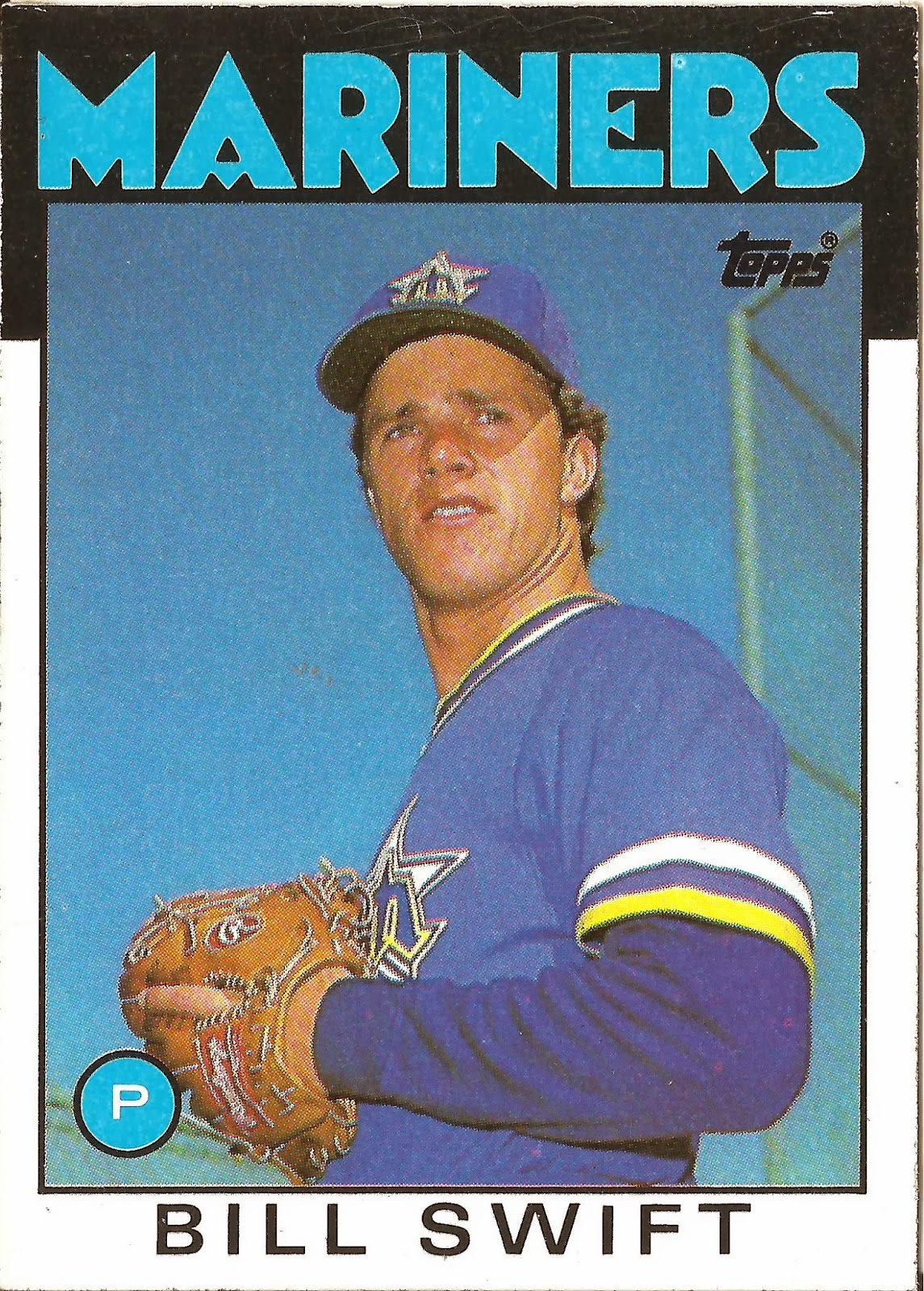 Card thoughts: Billy Swift: Boy hero! Swift was one of the guys who got an Olympic card in 1985, one of the few times Topps beat Fleer and Donruss to the rookie card of a player.

The player: Swift was called up to the majors much too soon. After just 9 starrts at AA, he was promoted to the majors where, despite a devastating sinker,  he went just 6-10 with a 4.77 ERA. Part of the problem is that a sinker ball pitcher whose home field is on artificial turf better make sure he gives up a lot of weakly hit balls. But Swift did not such thing. After another season with a ballooning ERA (5.46), the Mariners determined he was rushed to fast to the majors, and he was sent back down to right the ship.

Swift would then go on to have an improbable two-year run (mostly) as a starter. Pitching the bare minimum of innings to qualify for the ERA title, Swift led the National League with a 2.08 ERA. He was equally effective in relief (8 games) and as a starter (22 games). An even more improbable year followed, where Swift would go 21-8 and finish second in Cy Young Award voting.

But Swift’s arm was still fragile, and beset by various injuries, he could not repeat those performances, barely pitching above 100 innings in both 1994 and 1995. By now he was with the Rockies, which is murderous on a pitcher’s arm. A mere 18 innings pitched in 1996 and a 6.34 ERA in 1997 showed the end was near for Swift. He did have one more chance to prove himself in 1998, but despite an 11-9 record, his ERA was well above 5. 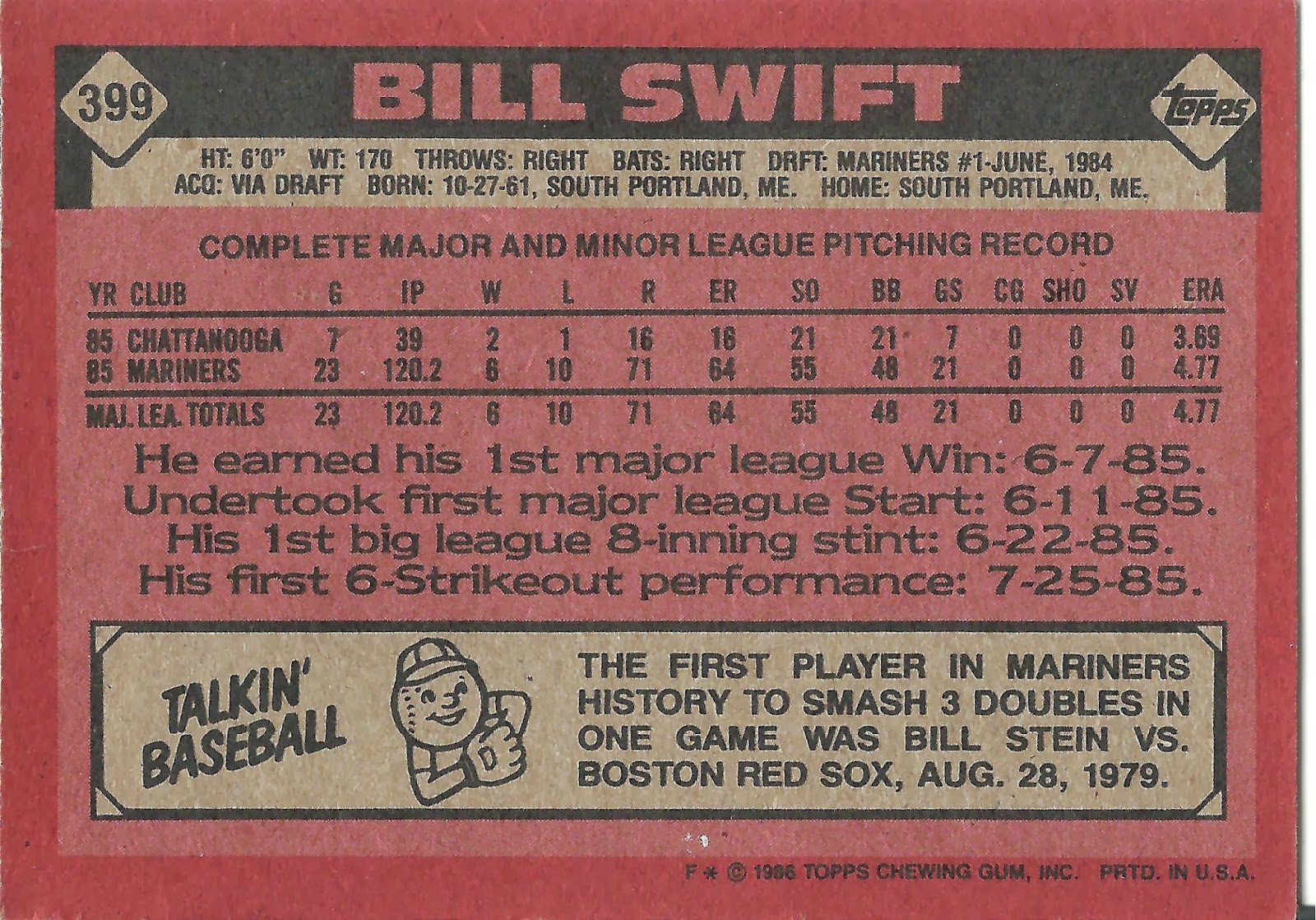 Rear guard: Note the "First 8-inning stint" is because Swift didn't complete a game in 1985 (unusual for a regular starter in those days).

#371 Bill Stein is discussed at great length earlier in this blog. It is easy to hit doubles at Fenway. However, I don't know when those doubles were hit because the date is wrong. Here's Stein's 1980 card.

The Mariners' bullpen never recovered the rest of the '90s following Swift's trade to the Giants.