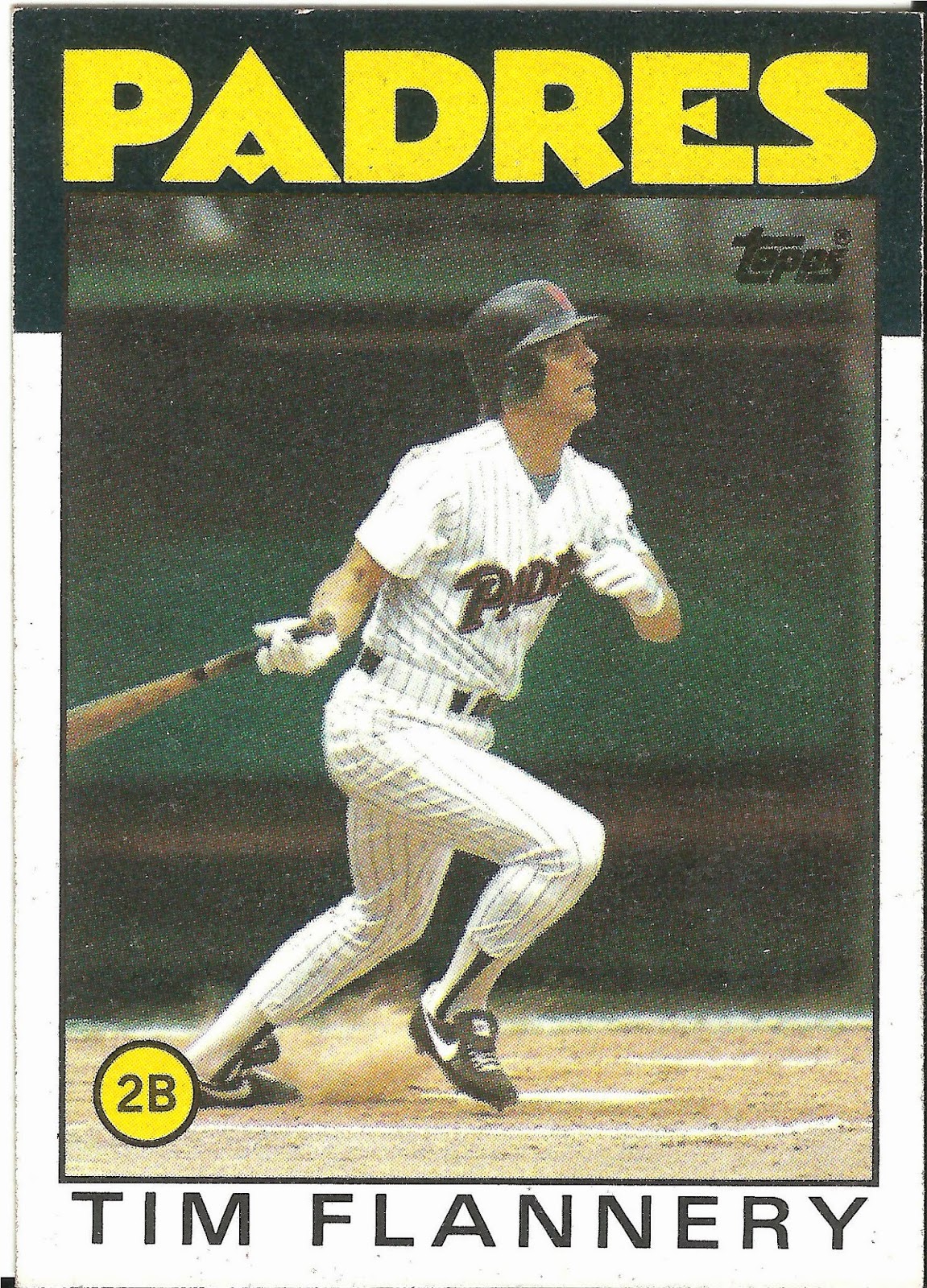 The player: The legend of Flannery in San Diego probably stems from the fact that he hit the ball Leon Durham booted to allow the tying run to score in Game 5 of the 1984 NLCS. It certainly wasn’t his hitting prowess.

Flannery, although a poor major league hitter, feasted on minor league pitching. He hit .350, .345, and .346 his first three years in the minors. He finally called up for good in 1982, where he became the Padres starting second baseman, hitting .240 with little power (.646 OPS).

The Padres wanted more offense out of the second base position, so for the next few years they tried Juan Bonilla (.605 OPS) and Alan Wiggins (.671 OPS, but with 70 steals) there. Flannery spent 1983 and 1984 backing these guys up, as well as #103 Luis Salazar (who was a good hitter but poor fielder at third).

Flannery did get some backup action in the NLCS, where he scored 2 runs in three plate appearances. With the departure of Wiggins in 1985 (mainly due to drug problems), Flannery once again became the starting second baseman, a position he held until 1988. His OPS during 1985-1986 actually was better than the league average, but he slumped badly in 1987 (a .228/.332/.254 line).

It was back to riding the pines for the rest of his Padre career, a fact that did not make him any less endearing to the local fans. Flannery would come to the plate to the strains of The Ride of the Valkyries, and his final game in 1989 caused a prolonged standing ovation.

In retirement, Flannery managed in the Padres system, and has become Bruce Bochy’s right hand man, coaching third for him with the Padres and Giants. Flannery also plays music leading a hardcore band called Flannery’s Flannel. You may have heard their angry stomper “The Raging Circle”, or caught their infamous You Tube video where they burst a water pipe at a basement show in Little Village . . . naw, just kidding. Flannery plays generic, MOR music that, while not offensive or without talent, is certainly not too challenging. 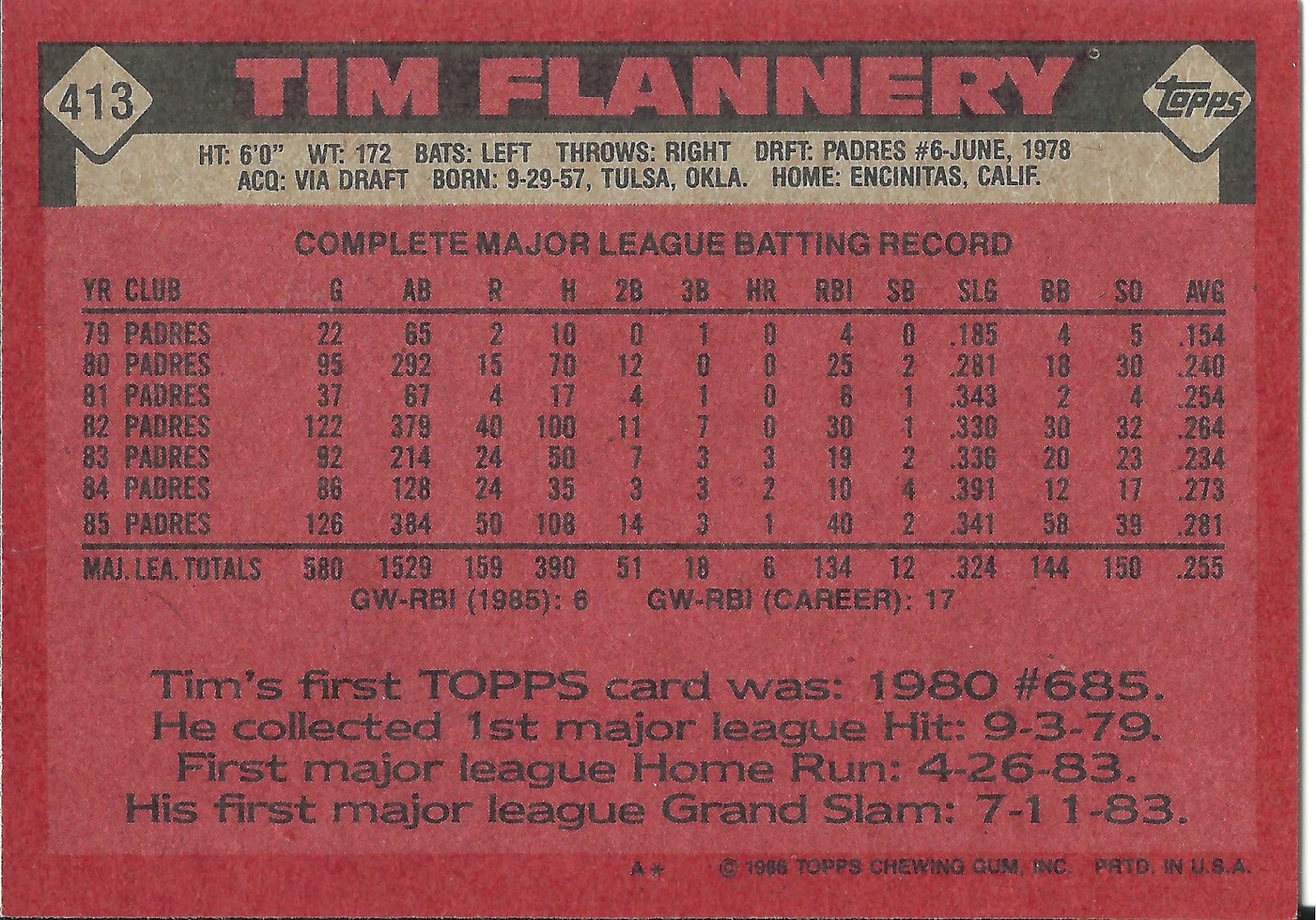 Rear guard: Here's Flannery's first Topps card. As for the other guys on this card, Brian Greer was a former #1 draft pick who played just 5 major league games. Amazing he got to the majors at all. Greer struck out an astronomical amount, leading the Texas League in 1979 with 153 while hitting just .229. Jim Wilhelm got in 39 games in 1979, his last year as a pro. Some prospects.
Posted by Jets Break Jaws at 9:38 PM