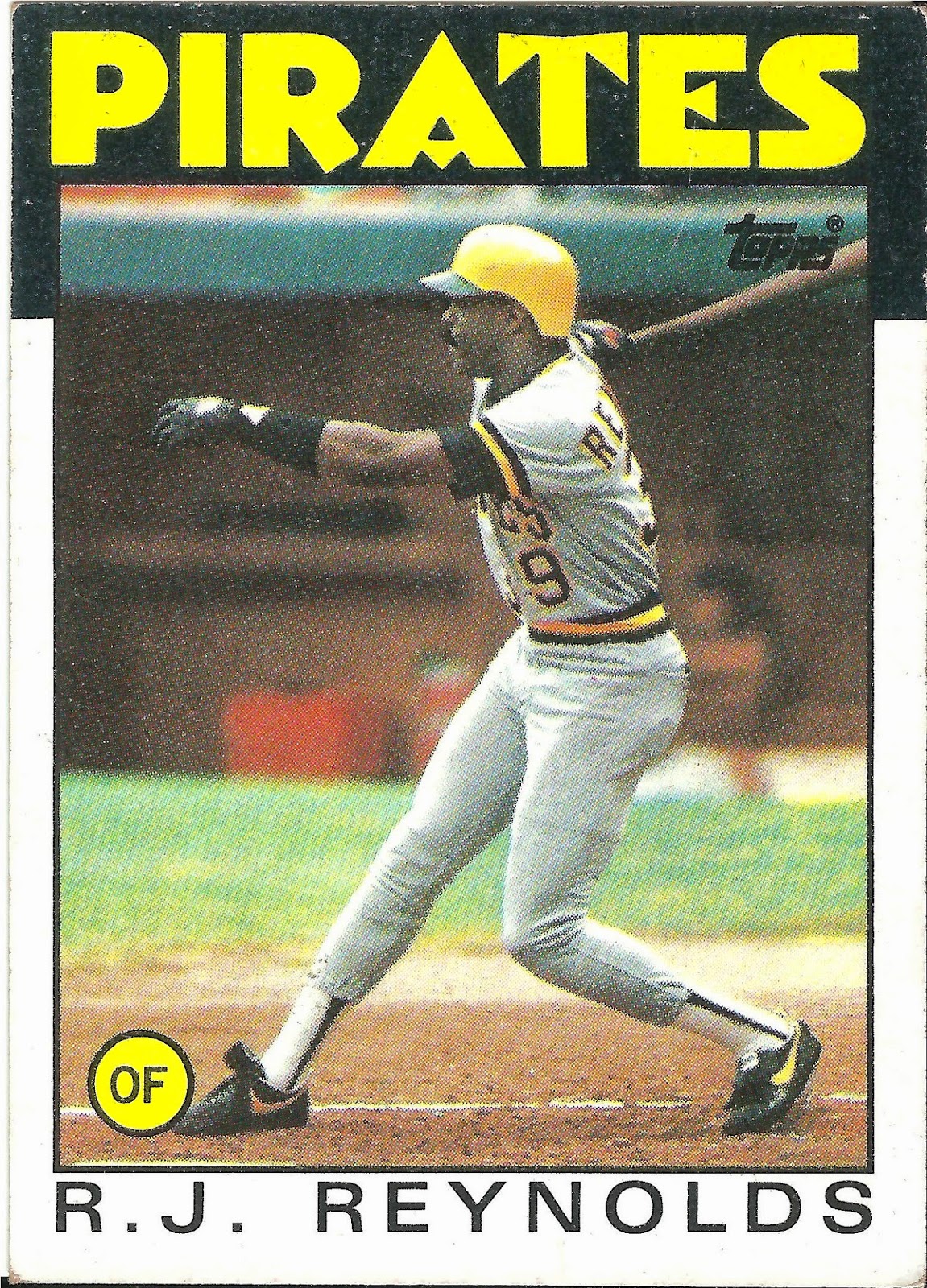 Card thoughts: One of a long line of product placements/ball players including Coco Crisp and Milton Bradley. His real first name is Robert.

The player: Reynolds broke in with the Dodgers at the end of the 1983 season, and a suicide squeeze in the bottom of the ninth helped the Dodgers win an important game against Atlanta. The next two seasons, Reynolds courted anonymity as a reserve outfielder. However, in a deal that helped both teams, the Pirates acquired him late in the 1985 season with Sid Bream and Cecil Espy for Bill Madlock.

Although still a reserve outfielder, Reynolds got a lot more playing time with the far inferior Pirates. He consistently got over 300 at bats from 1986-1989 and ended up playing in every game in the 1990 NLCS.

After that season, he went over to Japan and played for three seasons where he hit for good power Taiyo and Kinetsu. He never returned to the majors, and retired at age 34. 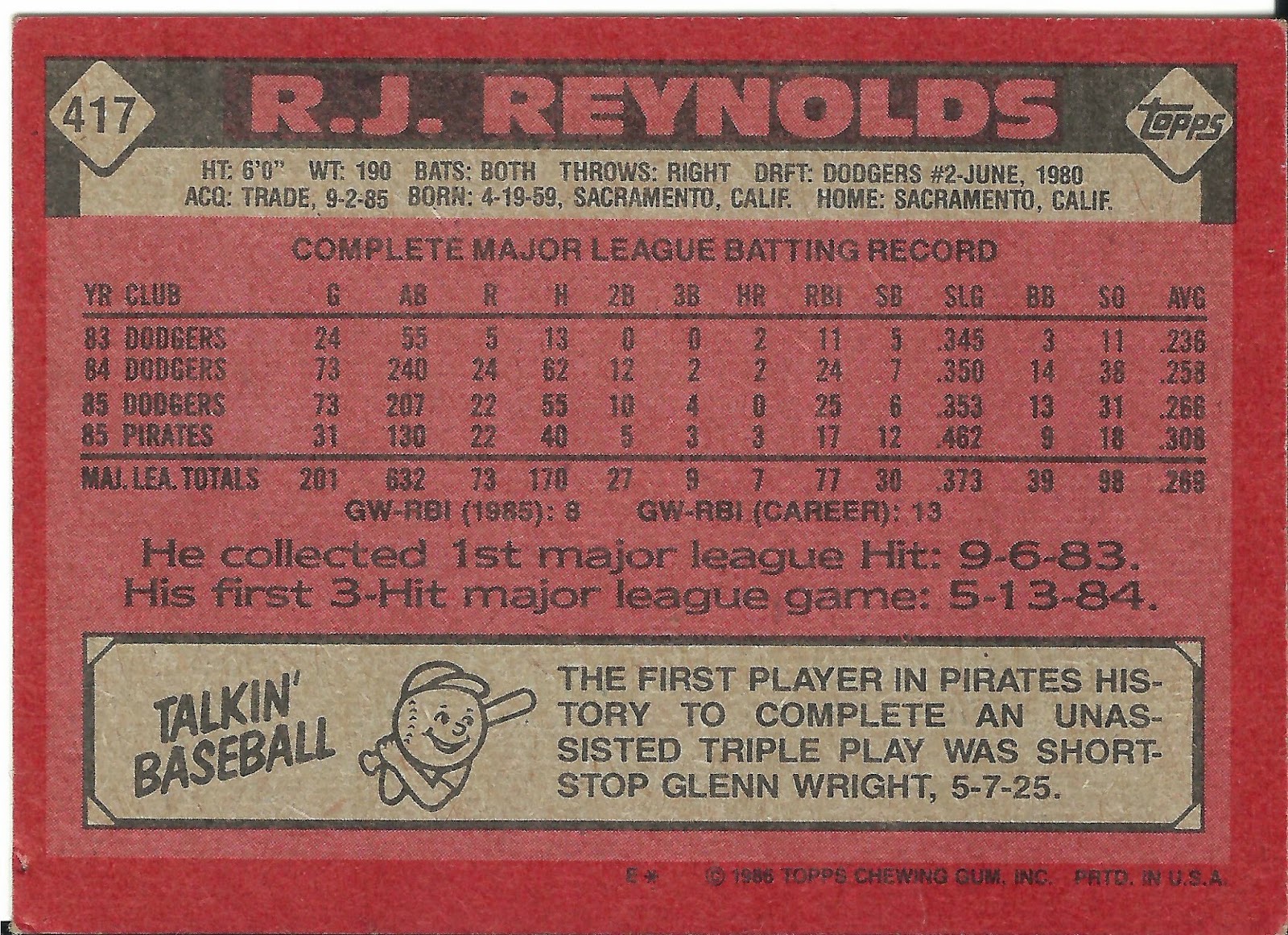 Glenn Wright drove in over 100 runs four times, but injuries affected his career, and he barely played after age 32.
Posted by Jets Break Jaws at 5:32 PM