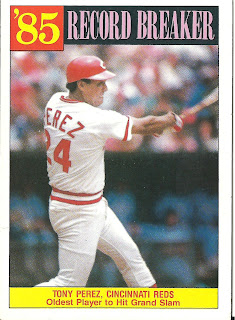 Card thoughts: Interesting how some of the best in-action shots so far are for these record breakers. This is not a picture of the actual grand slam, however.

The record: Wow, this one had stood for awhile. The record was set by Cap Anson in 1984. It has since been broken by Julio Franco. 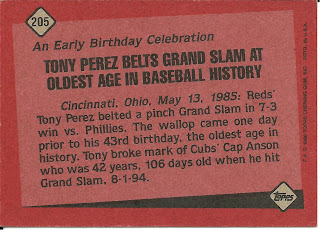