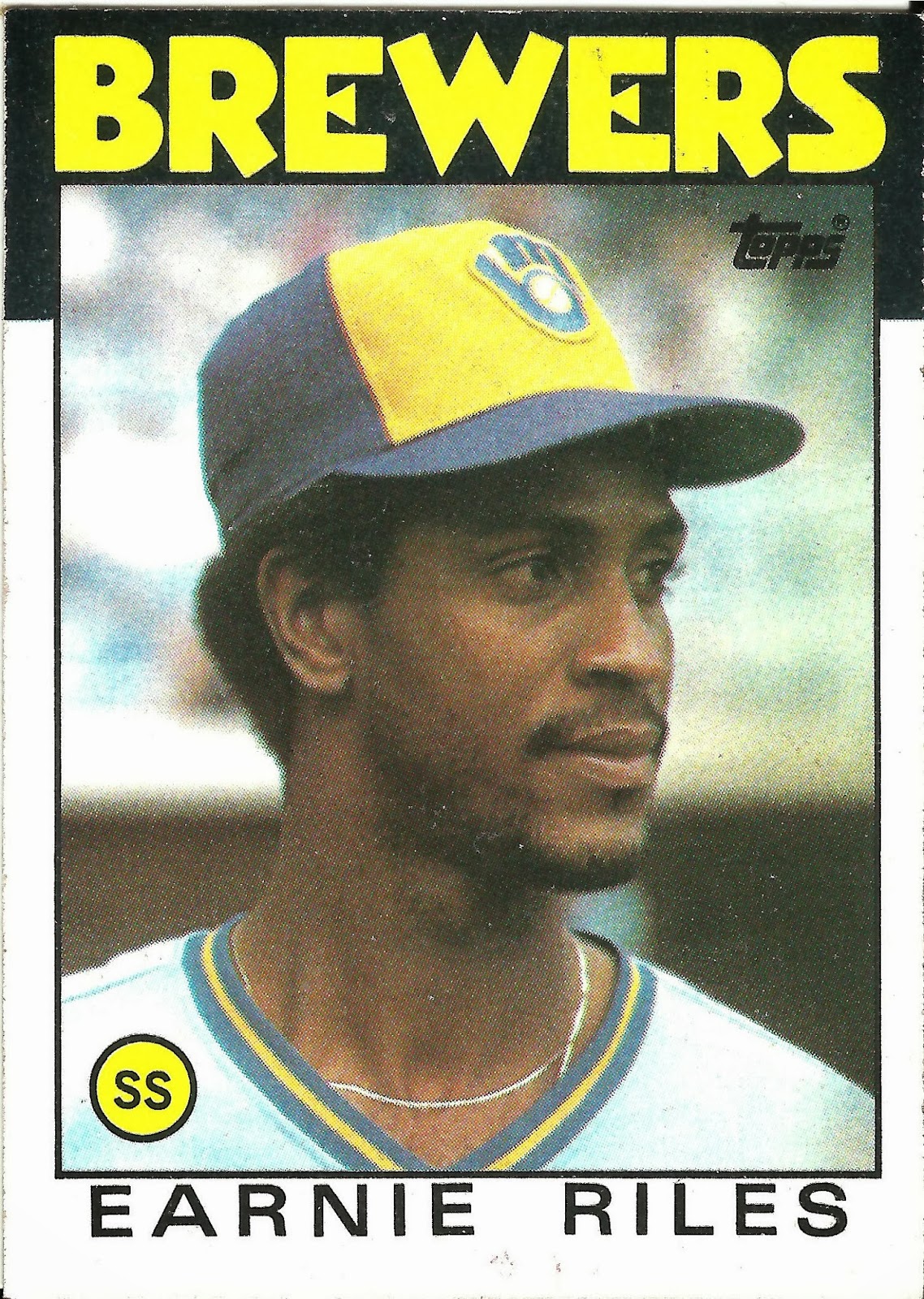 Card thoughts: Say this for Topps: when they mistakenly spell a player’s name (“Earnie” instead of “Ernie”) they don’t let the mistake get to them. No, they just keep on perpetuating the mistake. Riles’ name didn’t get corrected until he was traded to the Giants in 1988.

The player: Riles was supposed to be a star. After all, he hit .349 in AA, and was a good fielding shortstop to boot. But the Brewers farm top farm clubs in the 80s (El Paso, Vancouver, and later, Denver) really skewed to offense numbers of its players as they played in notorious hitters parks/leagues. Such was the case of Riles.

Born in Cairo, Georgia (also the birthplace of Jackie Robinson), Riles hit well everywhere in the minors, his standout season being at El Paso in 1983 when he had a .957 OPS (of course that team scored on average over 7 runs per game!). Making it to the majors early in the 1985 season, he displaced the light hitting #317 Ed Romero as the starting shortstop. He acquitted himself well, coming in third in the Rookie of the Year voting, driving 45 runs while hitting .286.

He didn’t slack off in his sophomore year, upping his power numbers (24 doubles, 9 home runs) while playing a career high 145 games. However, Riles would be bitten by the injury bug in 1987. A finger injury curtailed his season in 1986 to a mere 83 games, and when he came back, he had lost his starting shortstop job, instead he ended up starting at third as rookie Dale Sveum took over the job.

As a third baseman, Riles’ bat was no longer so valuable. By 1988, Paul Molitor was back at starting at third, and Riles was a man without a position. He was dealt to the Giants midseason for disgruntled outfielder Jeffrey Leonard. With the Giants, he became more of a utility player, playing all over the field. But he did end up starting the majority of games at third in 1989, when rookie Matt Williams proved to be ineffective there. However, Williams started at third in the World Series and NLCS, forcing Riles into the designated hitter role in the former, where he was hitless in 8 at bats.

Riles once again found himself as a fill-in starter at third, when he was shipped to his opponent in the 1989 World Series, Oakland. But he hit poorly (.214 average, .614 OPS), which doomed him to a utility role the rest of his career, which lasted two more seasons, one with the Astros (1992) and one with the Red Sox (1993). 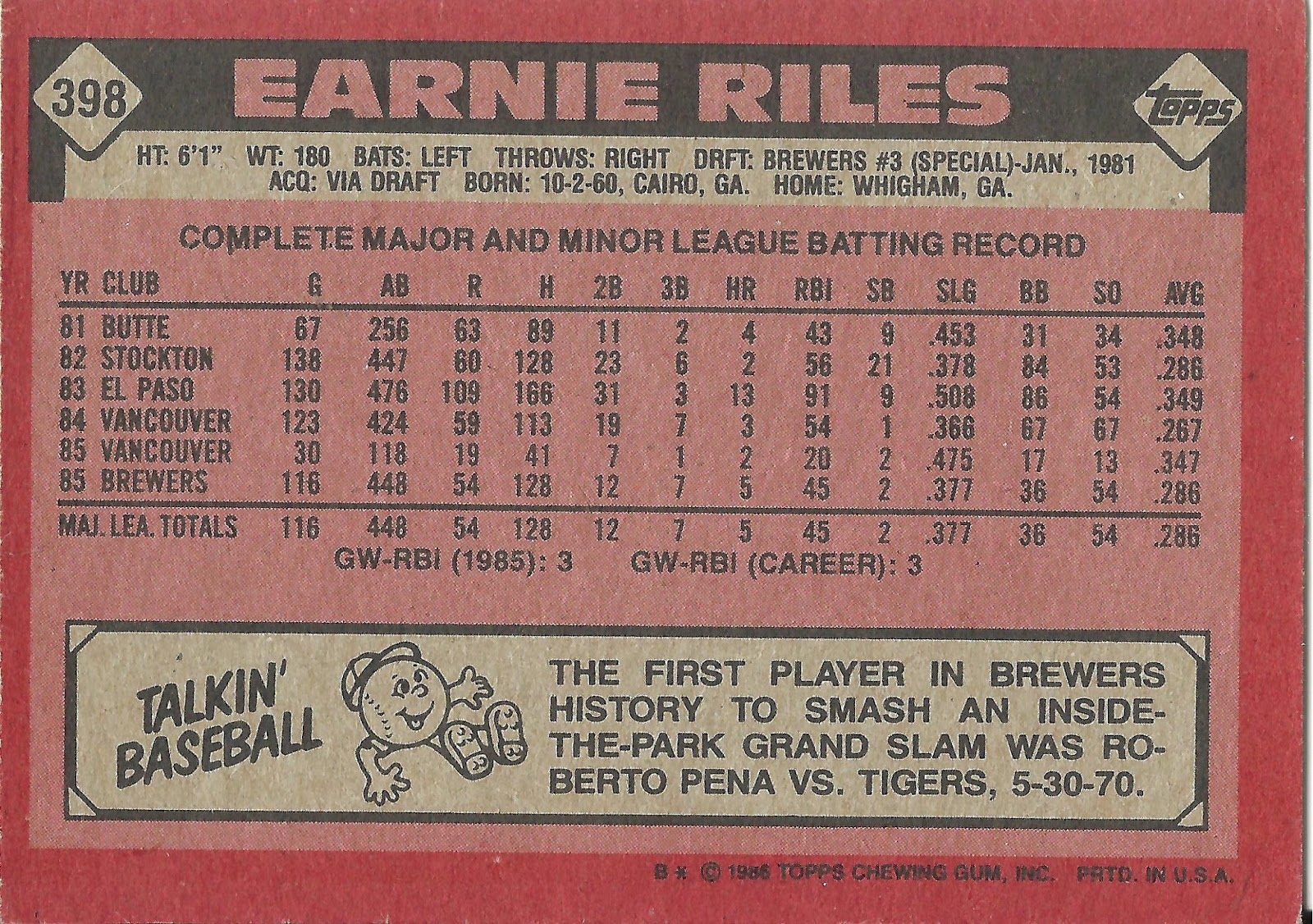 Rear guard: Roberto Pena was a journeyman infielder with little power. He ended up being the Brewers' starting shortstop by default in 1970. For his career, he hit just 13 home runs in over 1900 at bats. Here's his 1971 card.
Posted by Jets Break Jaws at 9:24 PM