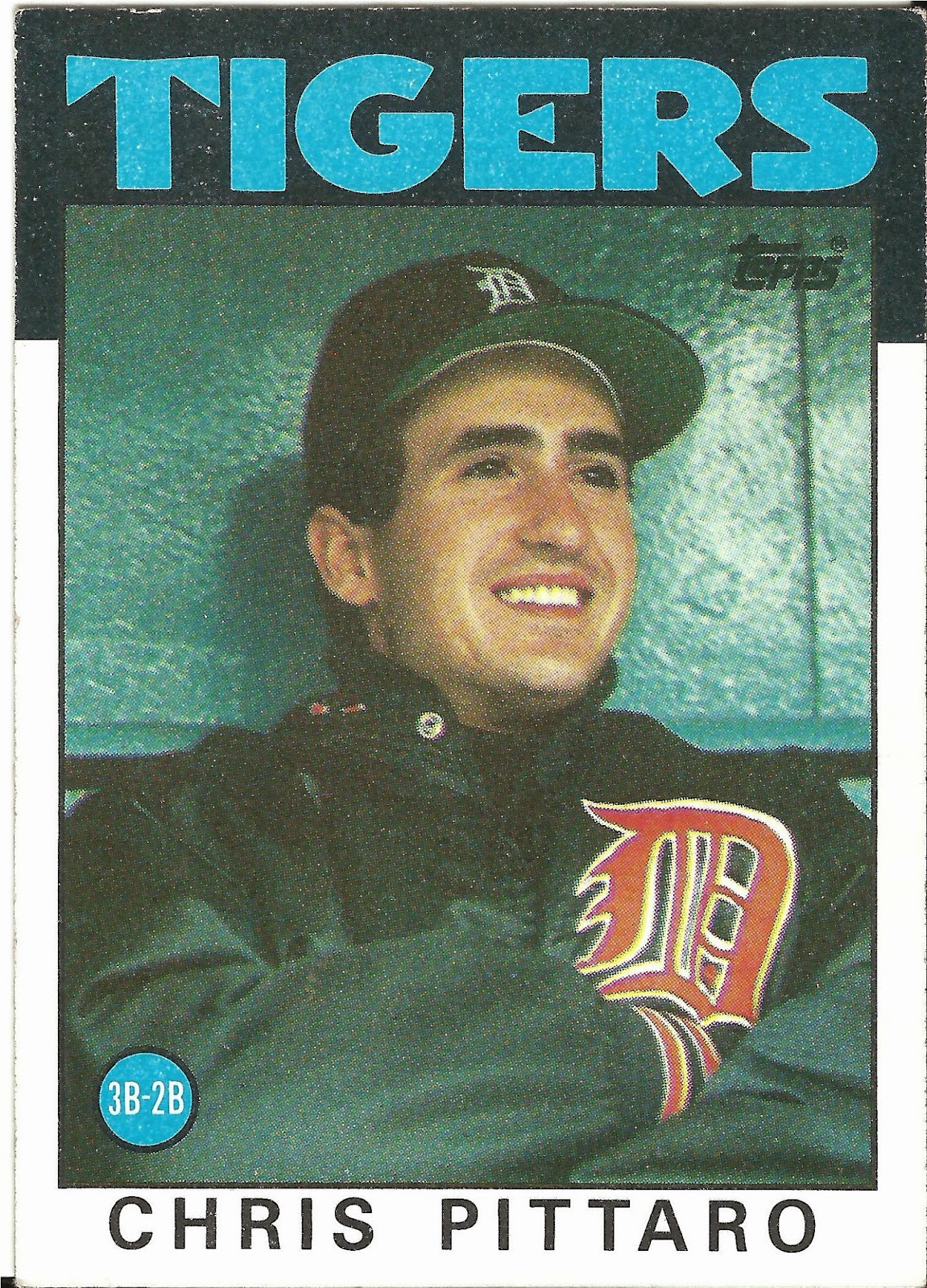 Card thoughts: So many Tigers in this set are shivering in the dugout. Quite a contrast to the sunny Florida photos so prevalent in this set. Also, Pittaro’s position should be solely third base.

The player: Sparky Anderson was a great manager, but a terrible evaluator of young talent. He deemed Pittaro the “best rookie he’d seen in 15 years”—but he lasted only 28 games with the Tigers.

The son of a former minor leaguer with the Twins, Pittaro played ball at the University of North Carolina. Drafted in the sixth round, he played second base in the minors, but that was a problem because the Tigers had #20 Lou Whitaker starting there. Anderson liked Pittaro so much, Whitaker was asked to move to third (which he rightly refused).

Instead, Pittaro was the one moving to third, as he was the Opening Day starter there in 1985. It was intended that he would platoon with veteran Tom Brookens. But after two months, he had an OPS of just .621, and he was sent down to AAA, never to return to the Tigers.

A trade with the Twins after the season (for #43 Dave Engle) gave him another opportunity, as he once again broke camp with a major league club. But a .095 average in 11 games sent him right back down to the minors again. After a few more games at the major league level in ’97, and 73 games at AAA in ’88, Pittaro retired.

He has had much more of an impact on baseball in retirement. A former minor league roommate of Billy Beane, he is considered one of the architects of the A’s “Moneyball” system as a scout, and later scouting director. 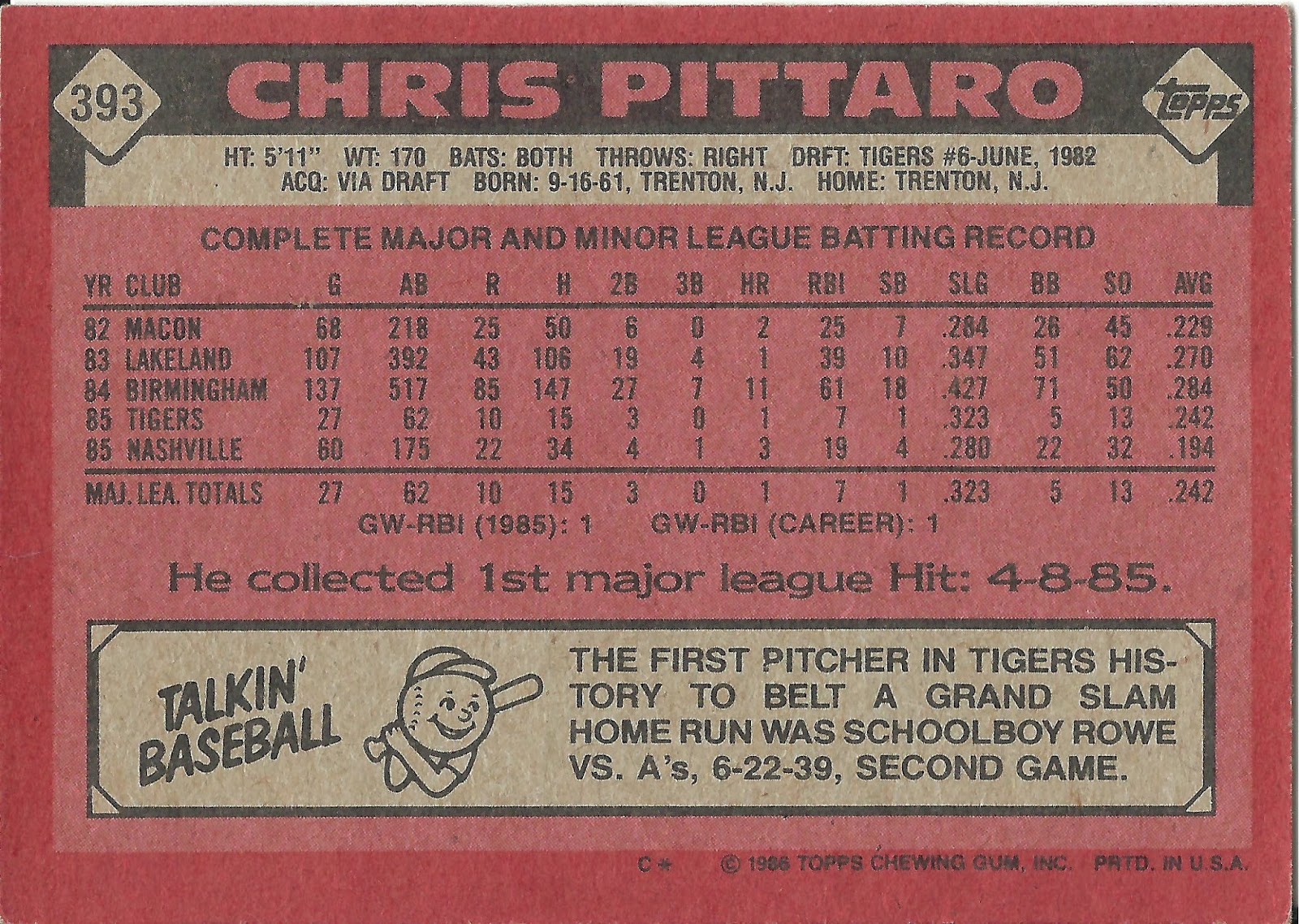 Rear guard: Pittaro had three hits opening day, and stole a base. His first hit came off Bert Blyleven and was a single.

Schoolboy Rowe was an excellent hitting pitcher. In his 15 year career he hit .263 including 18 home runs. That grand slam was his only home run in 1939.
Posted by Jets Break Jaws at 9:56 PM