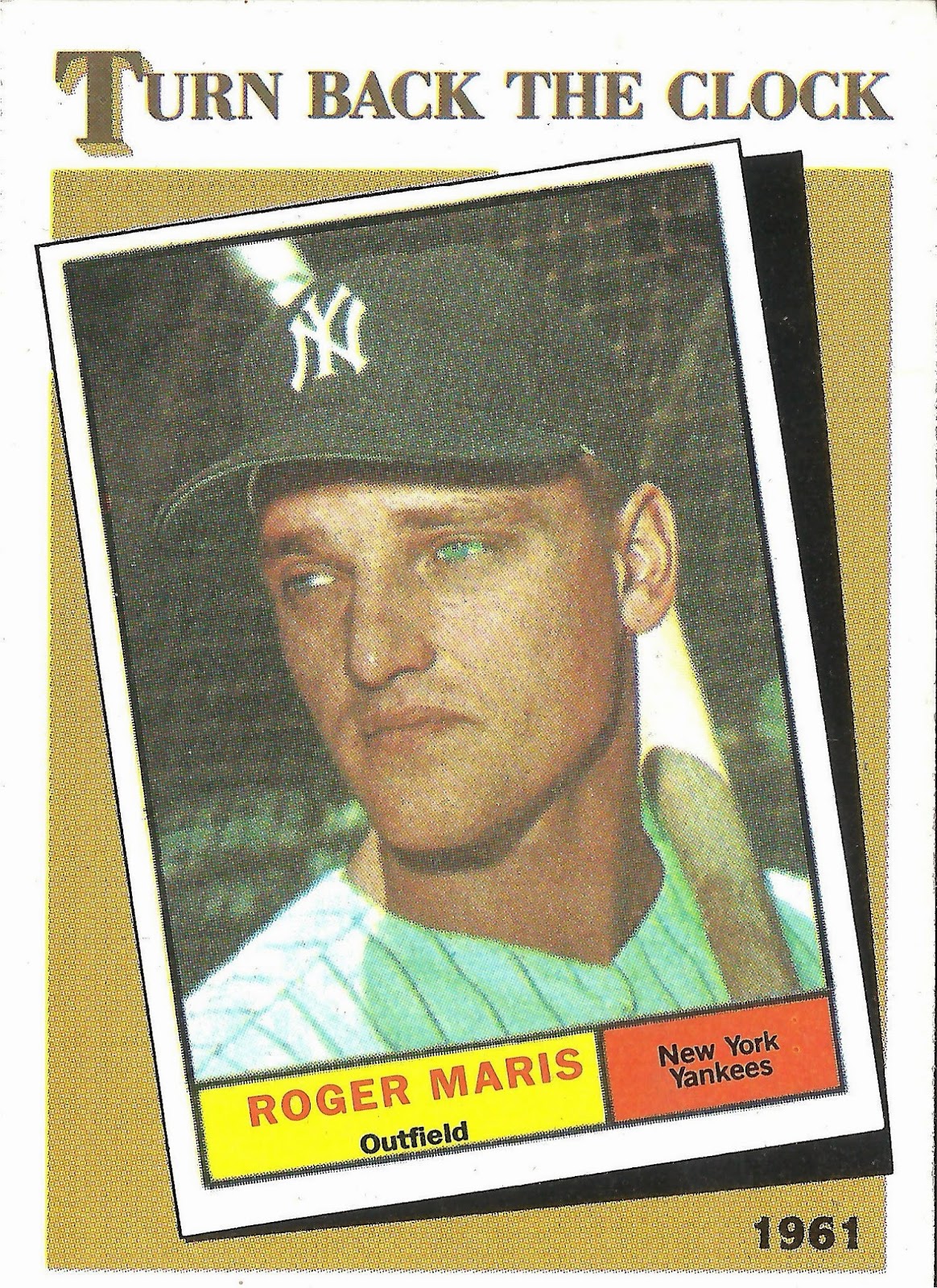 Card thoughts:  For years, Maris had an “asterix” affixed to his 61 home runs, because they came in 162 games, rather than 154, like Babe Ruth’s 60. ‘Course with Barry Bonds,  Sammy Sosa, and Mark McGwire all surpassing that single season record with the aid of steroids, such a big caveat has been added to the single season home run record to almost render it meaningless. 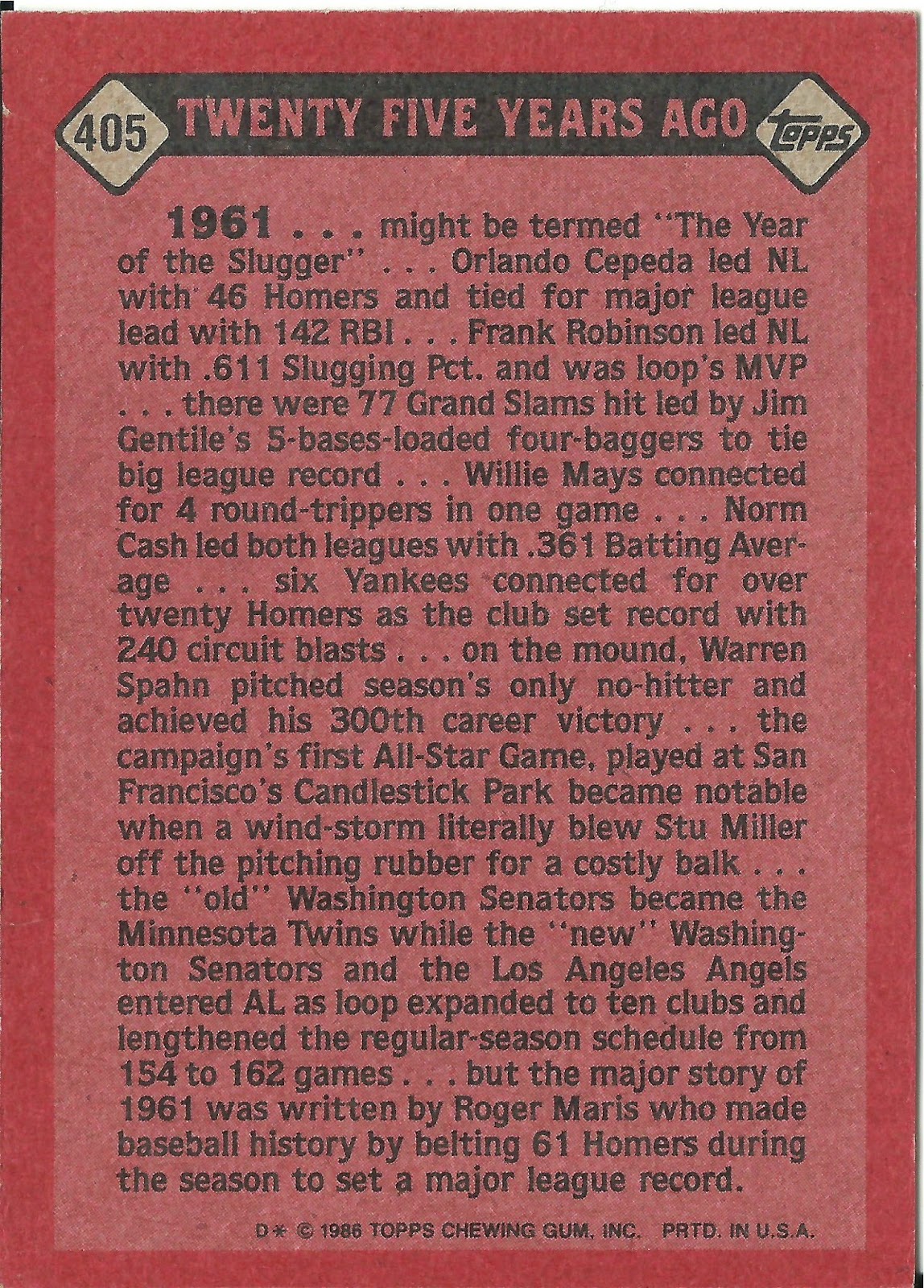 Rear guard: More home runs were hit in 1961 than any season ever. Previously in the 50s, the league generally averaged about 2000 home runs a season; in 1961, it was 2730, only partially because of expansion (only the AL played 162 games that year; the NL still played 154). The record was surpassed the next year, with over 3000 home runs hit.

Email ThisBlogThis!Share to TwitterShare to FacebookShare to Pinterest
Labels: Turn Back the Clock, Yankees