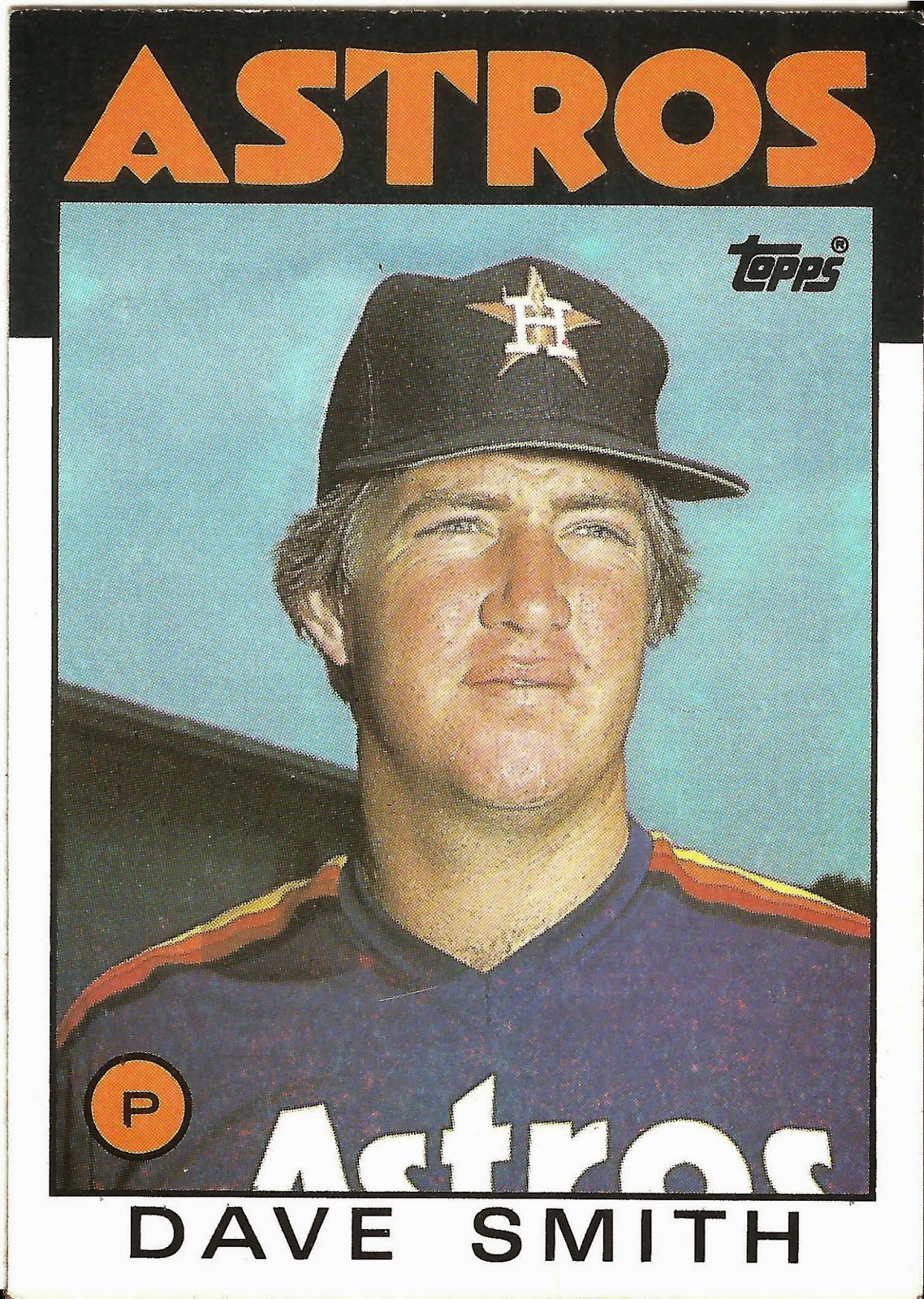 Card thoughts: When the Cubs were bad, boring, and flailing in the early 90s, one of the mistakes they made over and over again was paying too much money to over the hill closers. This is one of their worst signings.

The player: There was no indication (other than age) that Smith would bomb with the Cubs. For 11 years, Smith was an awesome reliever, and still holds the Astros all time record for appearances, wins in relief, relief innings, and games finished.

Smith came up to the Astros in the days when closer duties were shared. With Frank LaCorte and Joe Sambito also closing, rookie Smith’s 1.93 ERA was the best of the trio. His out pitch was the changeup, said to be unhittable even when batters knew it was coming.  In the playoffs that year and the next, he was inconsistent in middle relief.

Smith would pitch mostly in middle relief from 1981-1984 with the Astros rotating through the likes of #26 Frank DiPino and Bill Dawley as closers. By 1985, he was closing most games, and saved over 20 games for the first time in his career.

Off the field, Smith was known as a laid-back “California dude” who tipped generously and was a mentor to younger pitchers. His change-up was well suited to the spacious Astrodome, where flyballs went to die. Smith would not have an ERA above 3 from 1984 to 1990, and he made the all star team after saving 33 games in 1986, and 23 in 1990.

The Cubs ignored Smith’s age (35 at the time) and the fact that his home field (and division) aided his pitching when they signed him to a lucrative 2-year contract in the 1990 offseason (it was a horrible off-season for the Cubs—they also signed Danny Jackson (29) and #338 George Bell (31) well past their primes). After going 4 for 4 in save opportunities in April, Smith promptly started blowing saves left and right in May. He righted himself a bit in June then lost the closer’s job to Paul Assenmacher in July. Mercifully, Smith was shut down with an injury soon after (how he managed to save 17 games with an ERA north of 6, I’ll never know).

He would pitch well in briefly 1991, but was once again limited by injury, effectively ending his career. In retirement, Smith was the pitching coach for a time for the Padres. He died at the relatively young age of 53 of a heart attack in 2008. 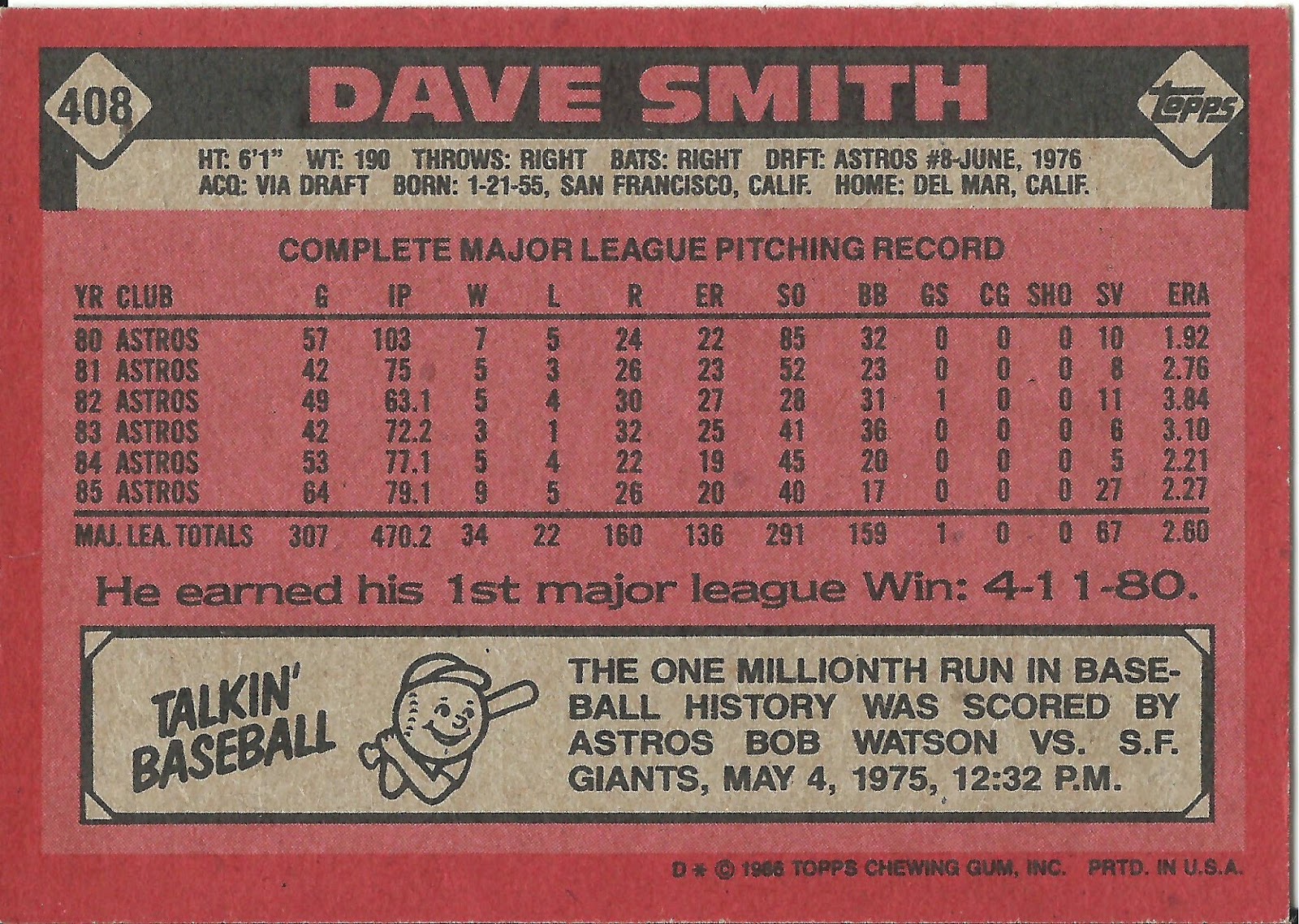 Rear guard: Bob Watson later became the vice president of major league baseball. He scored 802 runs in his career, 640 with the Astros.
Posted by Jets Break Jaws at 6:30 PM