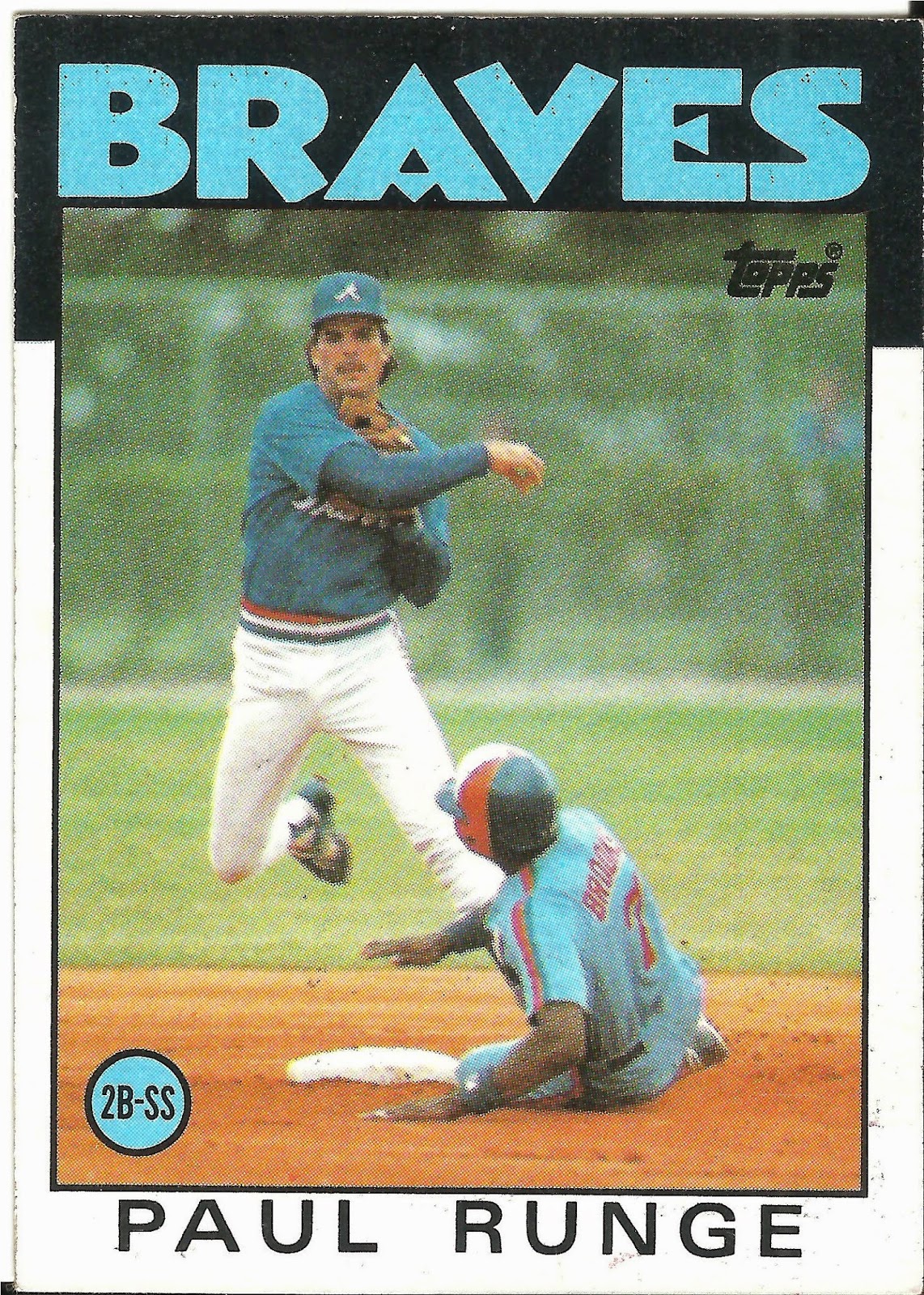 Card thoughts: Remember that Seinfeld episode when Elaine was dating a guy named Joel Rifkin, who apparently was also the name of some famous serial killer in New York City? Pity Paul Runge, who has the similar fate. His namesake killed 7 people in the Chicago area. He is also NOT the same person as major league umpire Paul Runge.

Otherwise, I love it when Topps gives a forgettable player (if not name) a great action shot on his card. Honestly, whether a star like Nolan Ryan is just sitting there, with his boring head filling the card, doesn’t matter to a kid. I mean, you’ve got a Nolan Ryan card! But this Paul Runge card is a joy to own, simply because of the artistry. On a cloudy spring training day, Runge, playing short, forces Hubie Brooks out at second in an attempt to complete a double play. Was he successful? Who knows? Only the first part of the play is immortalized for all time.

The player:  Runge is that most “common” baseball player, the utility infielder (maybe the third string catcher comes close). Unlike most guys like this that make the majors, he was a more offensively than defensively gifted player. After piling up the errors at short, Runge was moved to second base by his second year of AAA. His best year in the minors came at Richmond, where he scored 106 runs, and had an .836 OPS.

While he would get small pieces of action in the majors from 1981-1984, the season shown on this card was the first in which he stayed the whole year on the club. Mostly playing as a backup to third baseman Ken Oberkfell, he hit just .218 in 110 at bats.

Runge was back in the minors most of the next season, as #107 Rafael Ramirez and Andres Thomas gobbled up most of the middle infield action. Runge was once again up for an entire season in 1988, once again playing mostly at third, but the results were similar to ’85.

After a few more years as a veteran presence at AAA with the Padres and Blue Jays organizations, Runge went into the minor league managing game, managing various Braves teams, mostly the short-season Danville Braves where he won two league championships. He’s now the minor league infield coordinator for the Astros organization. 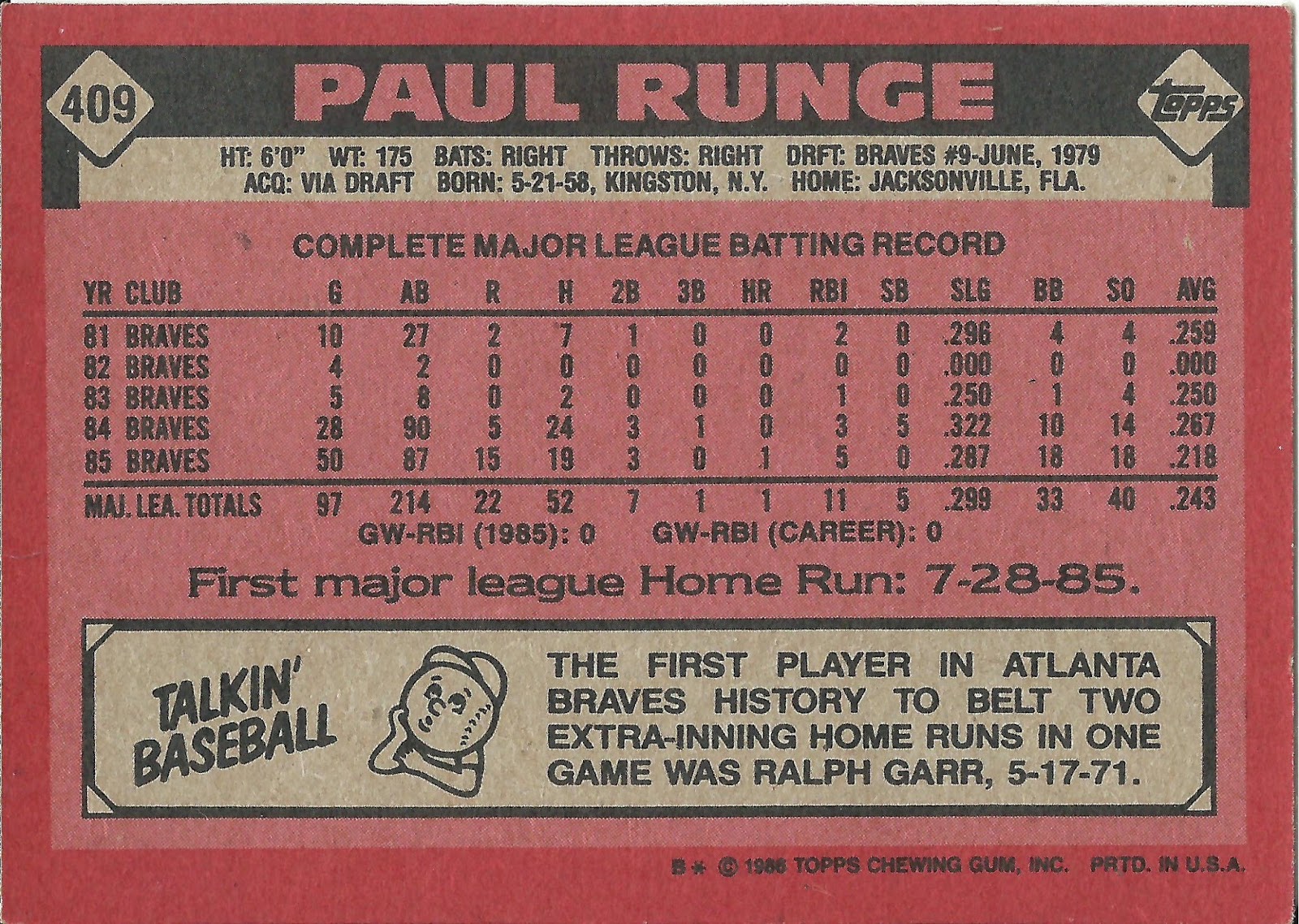 Rear guard: Amazingly, three of Runge's four career homers came in just 54 at bats during the 1987 season. His other, and first, homer came off Phillies pitcher Jerry Koosman.

Ralph Garr was a great line drive hitter as a young man, but never had much power. With just 9 home runs in 1971, almost a quarter of his home runs came in the 10th and 12th innings of that game on May 17th. Here's Garr's card representing that season.